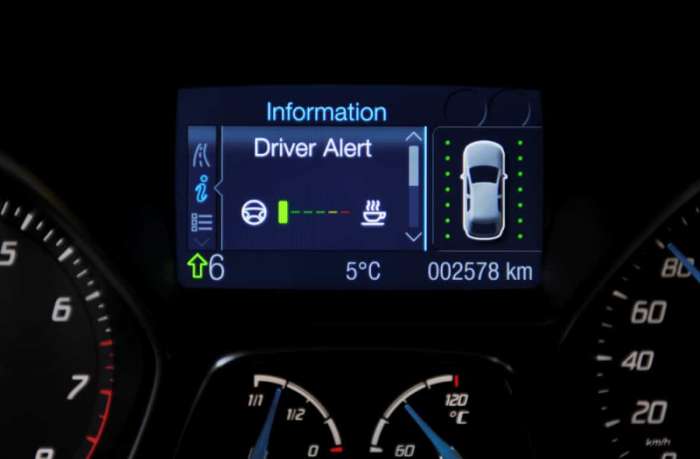 Automakers Could Easily Stop Impaired Driving Today – Without A Breathalyzer

Behavior mapping is now commonplace in our affordable cars. Telematics is now universal. Stopping impaired driving would be easy.
Advertisement

Impaired drivers kill about 11,000 Americans each year according to NHTSA and IIHS. We know this number is pretty accurate because in addition to the fatalities and carnage these drunk and substance-impaired drivers leave behind, they also give us evidence that they were legally drunk or drug-impaired courtesy of the measurable compounds in their blood. That number of people killed by impaired driving is about 20 times the number of deaths caused by distracted driving due to mobile devices. Yet, the news media, safety groups, and law enforcement focus on distracted driving since that is something we all see during our daily drives.

This week, researchers and safety groups are updating the public on their progress on an alcohol detection device that can sniff out alcohol called DADSS. The progress they have made is impressive. No longer is the technology quite as cumbersome. Felons convicted of drunk driving use devices that prevent a drunk driver from starting a car. Those use the same basic technology. We don't need it to stop impaired driving.

Automakers can easily map out the behavior of drivers that are impaired right now, and create a system that would alert police to the impaired driver’s location and disable the vehicle. We already have the detection technology. We already have the telematics system to alert police in every new vehicle. The reason automakers don’t do this is that such a vehicle would sell poorly. Because a lot of Americans want to drive impaired. Automakers won’t do this unless forced by lawmakers. 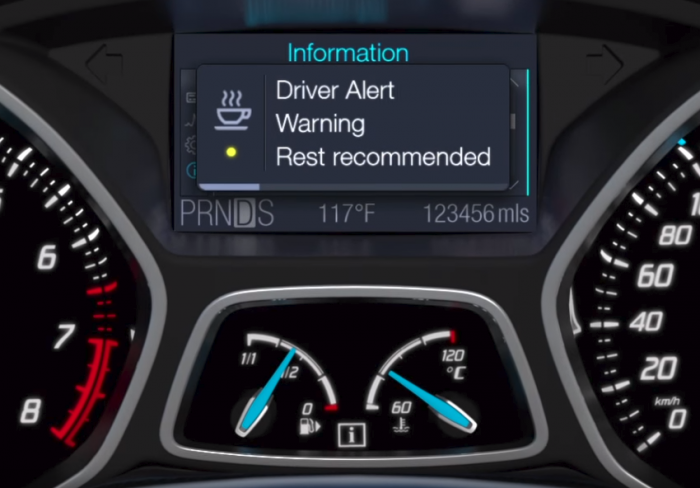 Ford’s cars know when you are sleepy and can alert you to that danger based on how you are driving. Subaru’s cars know when you are driving “distracted” and can slow and stop your car when you take your eyes off the road longer than you should. Nissan’s vehicles can map your driving patterns and if you fail to do the right movements, stop your car. Mercedes and other car companies have eye-tracking technology that does the same type of things. Almost every model now has lane departure alert technology that knows when you weave out of your lane. In combination, these technology systems could easily be designed to recognize the typical driving patters exhibited by impaired drivers. All without measuring alcohol in the vehicle. Remember, it may not be alcohol that is about to cause a fatal crash. It could be opioids. It may be prescription sleeping medication. Who really cares what compound is about to result in a car crossing the centerline just ahead of you? The best technology to prevent impaired driving is not chemical sensors, but rather behavior monitoring systems.

As a writer, father, and person who has lost friends and family to drunk driving, I’d like to report the press release information about the DADSS technology progress. However, since I’m also a writer with an engineering background, and since I know that we could very inexpensively apply even better technology to prevent impaired driving, I can’t in good conscience pretend that we need the DADSS technology. We just need willpower to stop those who want to drive impaired and those who want to profit from it. We already have all the tools we need.

The opinions in this story are the author's own.

Ed Wood wrote on March 15, 2019 - 2:24pm Permalink
DADSS is based on alcohol measurement, yet your suggestions go much further and deal with distracted as well as drugged driving. I concur with your suggestions, but incorporating this technology commercially in a society that is legalizing use of marijuana and considering the same for other drugs seems quite unrealistic.
John Goreham wrote on March 16, 2019 - 10:07am Permalink
I agree Ed. Sadly, some Americans profit from impaired driving. And not just the defense lawyers. The folks who work at independent safety groups and in government as well. Coupled with the drunks and drug users who know that they drive impaired regularly, this makes for a big constituency who don't want to see a solution.
DeanMcManis wrote on March 17, 2019 - 1:40pm Permalink
Yeah, I worked on similar distracted driver automotive systems years ago, and I am sure that the technology has improved even more since then. It seems to me that these systems should be incorporated into all cars like other safety systems (airbags, anti-lock brakes, traction control). It could be set up as a safety feature for normal driving where only the driver is notified as a protective warning, and if someone is actually pulled over for driving under the influence or distracted driving, then the system would be enabled for monitoring and reporting in the car.
John Goreham wrote on March 28, 2019 - 9:20am Permalink
Your experience would be a great subject for a guest spot here. I'd love to read your thoughts on this topic in more detail.
John Goreham wrote on March 20, 2019 - 5:08pm Permalink
Six days after I wrote this Volvo announced they would deploy a system like what I described above within the coming 5 years. Glad I wrote it first!
Heather wrote on March 24, 2019 - 10:41pm Permalink
I'm eager to buy a DADDS-enabled vehicle to protect my husband from being falsely accused of DUI. He doesn't drink, but he has a speech impediment which makes him sound drunk. And, I'd like to see NHTSA mandate these new behavior monitoring systems to protect us from bad drivers no matter what's wrong with them. Drilling down into my state's FARS data, I discovered that in recent years, most driving events resulting in fatalities other than those to drivers/passengers in the at-fault vehicle are committed by elderly drivers, and by drivers with medical conditions, not by drunk drivers. Specifically, broadside fatalities and wrong-way fatalities were disproportionately caused by elderly drivers and those with epilepsy, narcolepsy, dementia, and other conditions. My state may be unique in that following the (unfortunate) legalization of marijuana, large numbers of potheads moved here. Many of these potheads have been smoking it since their hippie days in the 1960's. It's likely that even without being impaired by drugs/alcohol, these drivers are impaired by a lifetime of chronic use. We were broadsided in broad daylight by an elderly woman who "just didn't see us." Her vision was fine, and she couldn't explain why she ran a stop sign and hit our brand-new Toyota Tacoma. She wasn't arrested because she was old. It's these types of dangerous drivers who need to be driving vehicles with these behavior monitoring systems. If Subarus stop when you take your eyes off the road longer than you should, Nissans stop if you fail to do the right movements, and Mercedes and other car companies have eye-tracking technology, many lives could be saved even if the driver hasn't consumed alcohol or drugs. I believe that these safety features should be implemented without any extra emphasis on "impaired" driving. Why? Because as you say, there are those want to drive impaired, and there are those who profit from impaired driving. My state has taken only those "countermeasures" which result in increased revenue, even when evidence shows little or no effectiveness. Two examples: 1) MADD's victim impact panels slightly increase recidivism in the female 1st DUI population, and 2) Lengthy and expensive Level II education and "therapy" (group therapy, like from the 1970's) have been mandatory for years, but recidivism keeps increasing. Effective strategies such as: Incarceration, 24/7 sobriety, inpatient hospitalization, Naltrexone, Intensive Supervised Probation, and vehicle seizure aren't being utilized. Even the simple, cost-effective strategy of publicizing Colorado's 0.05 BAC level isn't being implemented, not even by DMV to drivers moving here from out-of-state. Consequently, many drivers are arrested who aren't drunk, or dangerous. I hope that NHTSA mandates behavior monitoring systems for safety, not for enforcement. Enforcement may be revenue-driven, but safety is about lives.
John Goreham wrote on March 28, 2019 - 9:19am Permalink
Thank you for your very thoughtful comment. I'm happy to see that there are folks out there who are looking closely at the real causes of automobile-related fatalities.