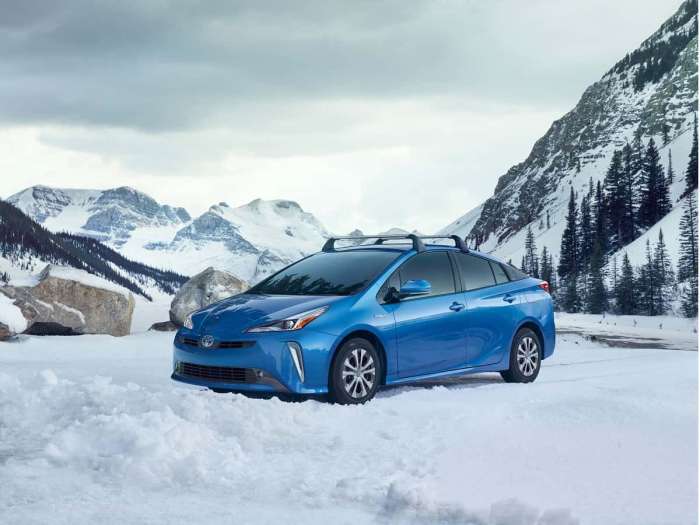 Toyota's new AWD-e Prius will hit the market in 2019 with more capacity than a Mazda CX-5 or Subaru Crosstrek.
Advertisement

Toyota's new 2019 Prius will come with an innovative all-wheel drive system, an improved battery with better winter performance, cargo capacity greater than a Subaru Crosstrek, and an expected 50 MPG Combined rating. We will let you catch your breath.

The new AWD-e system for the Prius will be available on the two middle trims, LE and XLE. Like the RAV4 Hybrid, the system uses a rear drive system that is not mechanically connected to the engine. Unlike many AWD systems, it is always engaged when starting off. After that, the system is similar to most crossover AWD systems in that it is on-demand and automagically engages the rear wheels only when needed. (See our focus story with video on how it works). 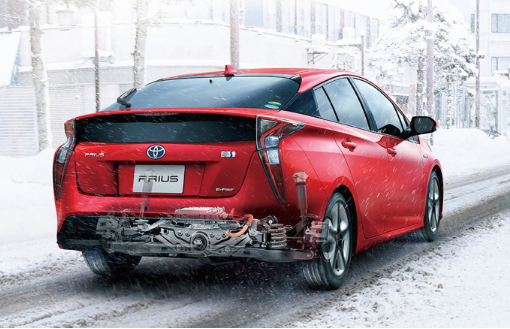 In addition to the new AWD system, Toyota is using a Nickel-Metal Hydride (Ni-MH) battery that is designed specifically to provide excellent performance in cold-weather conditions. The current design of the Prius incorporated the ability to adapt to AWD, so there is no impact on cargo area. With the 60/40 split rear seats dropped, the Prius offers 65.5 cubic feet of cargo volume. That is more than the popular Mazda CX-5 crossover (59.6 cu ft) and the Subaru Crosstrek (55.3 cu ft). Toyota will also offer accessory roof racks ready to accept your snowboard, bicycle, or kayak. 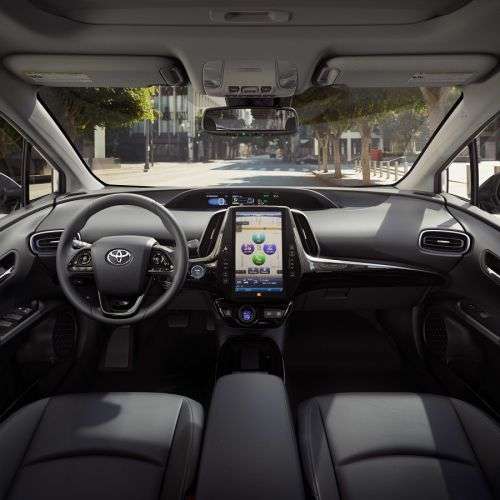 Because the AWD system uses some power, the new 2019 Prius AWD-e trims won't match the mileage of its FWD peers exactly. However, Toyota is predicting a 50 MPG Combined rating. There is no other affordable all-wheel drive car with this capacity and this mileage in America. Toyota is also making sure that buyers know that this will not be a limited run of cars. Rather, Toyota expects fully 25% of future Prius cars to be equipped with AWD. That means about 2,000 units per month. (For reference, cars like the Bolt and Leaf don't normally top 2,000 units per month in total sales).

In addition to the addition of the AWD system to the two middle trims, Toyota is updating the front and rear styling of the Prius and making some improvements inside. Look for the new 2019 Prius with AWD-e to arrive at your local Toyota dealer in January.