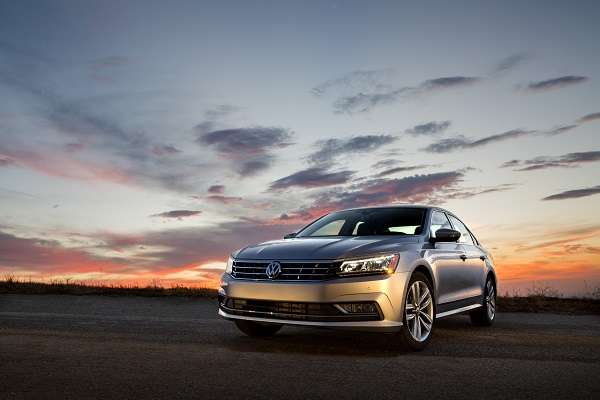 The changes are real, and they are significant. So why did sales dive?
Advertisement

Having just written an exhaustive preview of the all-new 2016 Volkswagen Passat, it is easy to call the new model the best Passat since VW de-contented the car and morphed it into what VW though Americans wanted. In case you are not aware of the Passat’s lineage, the car peaked from 2001 through 2005. Back then, the U.S.-market Passat was made in Germany (or another location outside the U.S.), and it was pretty much the Passat that Germans drove in Germany. The top-spec U.S. engine was an eight-cylinder. Not a V8 either, a W-8. Those in the know (I was one of them) who wanted an AWD German sedan for a bargain price could choose a V6 or turbocharged four-cylinder engine (gasoline). Mine was a top-trim V6 AWD wagon and one of the best vehicles I ever had.

Then VW redesigned the Passat, and it no longer shared the Audi A4/A6 platform. Next it created a U.S.-market-only car and took out a lot of the cost of the German-spec car. Then production moved to Tenessee and from the standpoint of making the model a U.S.-success things seemed headed in the right direction.

Passats had some quirks left over, though. VW recommended premium fuel. American’s don’t see the value in putting premium into family cars (because there isn’t any). The diesels started to do pretty well, but, in the end, they ended up being polluters marketed as clean cars. They are off the market now as you probably know .

The all-new 2016 Passat has improvements galore. For the first time, all 2016 VW’s can now run on regular unleaded with the blessing of the VW folks (gas engines of course). A new R-line has a strong V6 engine to try to compete with the Accord, Camry, and Altima V6 cars that sell very well. The body continues to evolve towards a great-looking sedan. VW also says that when content is considered, the new 2016 models are about $1500 cheaper than the outgoing models. Inside, infotainment upgrades are the big news. Safety jumps forward with available auto-braking collision mitigation.

The Passat launched in early November. Despite all these improvements to an already good car, sales were down 60.4% for the month to just 2,759 cars. That number is less than 1/10th the volume of the class-leading Toyota Camry. With sales of diesel Passats having represented roughly a third of overall sales in the past at most, this dramatic decline cannot be blamed on a lack of dirty diesel models for sale.