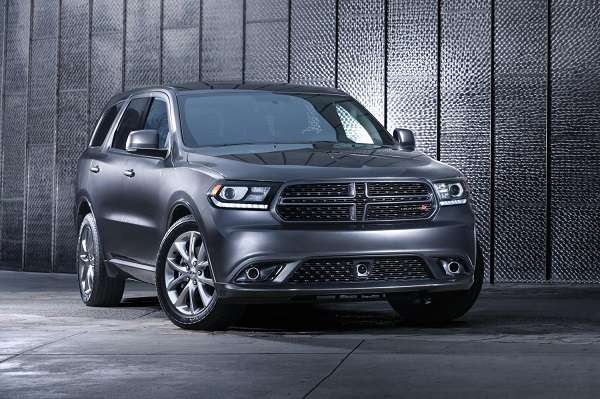 The 2014 Durango offers an attractive alternative to the Highlander and Pathfinder for a large family looking at an SUV with three full rows of seating.
Advertisement

For 2014 the Dodge Durango has a lot of content for the dollar. On August 14th Dodge announced the pricing for this model year and the value makes this choice hard to rule out if one is shopping for a Highlander or Pathfinder. Pound for pound this may be one of the best medium-big SUV values in the marketplace.

The Durango was up until 2010 the last of the old-school leaf-sprung, body-on-frame beasts that prowled the US roadways guzzling fuel while it oxidized rapidly. However, in the 2011 model year the Durango changed dramatically and became a much more competitive product in the three-row SUV niche.

The 2014 Durango is now in its third year of its design. The design borrows heavily from the Jeep Grand Cherokee, which is a good thing. This SUV could be called a crossover since it is a unit-body design, but it is still quite rugged. The Durango is a full three row vehicle and it has a very contemporary exterior and reviews of its interior have all been positive. Most of the bugs should be worked out now after 30 months in production and the nifty upgrades are now in full swing. The biggest change for 2014 mechanically is that the Durango gets an 8-speed automatic. That will help boost fuel economy. Dodge claims the model can get up to 25 MPG, but look closely at the one you choose as engine upgrades and AWD will lower that.

The Durango can be had this year for the same price is last year, which means this large, decently equipped SUV starts at under $30K. Dodge claims that the new 2014 model has $3500 worth of formerly optional equipment now standard, so if you are buying a mid-range Durango you might find that is the value model to take home. Talking up the Durango, Tim Kuniskis, President and CEO -- Dodge Brand made the case for the vehicle, saying "The Dodge Durango is on a tremendous run, with 9 months of consecutive growth. The new 2014 Durango builds on that momentum, raising the bar for performance, technology and style. With best-in-class power, towing, infotainment and fuel economy; the new Durango offers a combination unmatched by any other SUV or Crossover in America. The 2014 Dodge Durango is available in five trim levels: SXT, Rallye, Limited, R/T and Citadel, all packaged to meet the needs of individual customers."

The new 2014 Durango should arrive in dealer showrooms in September.