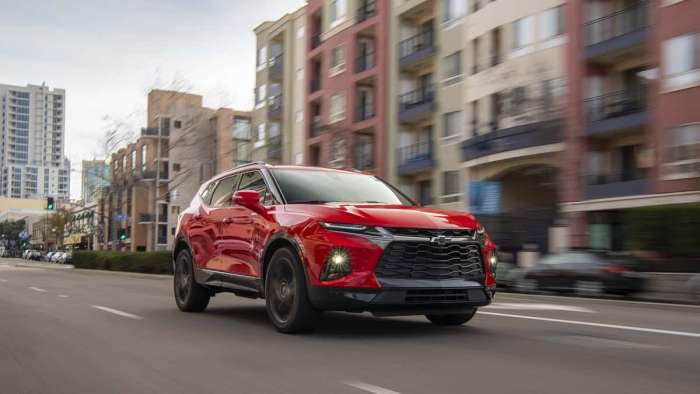 3 Reasons You Will Love The 2019 Chevrolet Blazer

We spent some quality time with the 2019 Chevy Blazer and found three things we really loved about it.
Advertisement

The all-new 2019 Chevrolet Blazer is a two-row midsized crossover with attitude. We tested the $50,765 RS trim and fell instantly in love with this new vehicle from GM. There were three main reasons we felt that the Blazer deserves serious consideration for anyone who might be considering an Acura RDX, Ford Edge ST, or BMW X3. 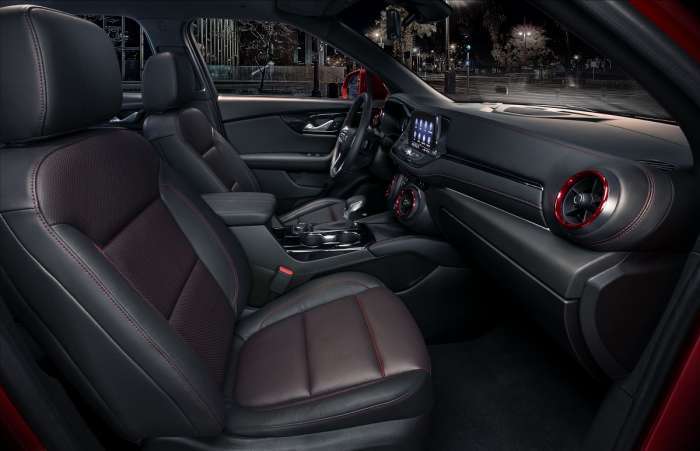 2019 Chevy Blazer - Attitude and Vibe
This is one of the few vehicles we have tested that really had a distinct personality different from similar vehicles in its segment. The Blazer RS is a bad-ass vehicle. It has the looks inside and out to lay claim to being the best-looking crossover its size. Any GM fan is going to instantly see the Camaro styling at work here.

However, it isn't just the exterior looks. Inside, the Blazer RS is sharp, but not overdone. The subtle rings around the HVAC bezels, the offset stitching on the seats, the sharp and modern infotainment look, all contribute to an interior vibe we loved.

2019 Chevy Blazer - It Never Bugs You
One other aspect of the Blazer that really stood out was that it never bugged us. After a week of driving the Blazer in city traffic, suburban roads, and on the highway, we could not point to a single safety nanny or fuel saving gizmo that was pestering us. They are all there. Our Blazer RS has all manner of auto braking, rear cross-traffic alerts, lane departure alerts, and parking sensors. Yet, unlike other models with the same stuff, GM wisely found ways to make the alerts and assistance less bothersome. One secret is GM's haptic feedback. It vibrates your seat a bit instead of a squawking buzzer or flashing light.

And the auto Stop-Start with no off switch (that we could find). Never a problem. We are sometimes annoyed but over-active and overly abrupt Stop-Start systems. The Blazer's was totally fine. It is subtle and not abrupt like some system and didn't seem overly active to us. If you haven't tried it, we suggest holding off on a negative opinion 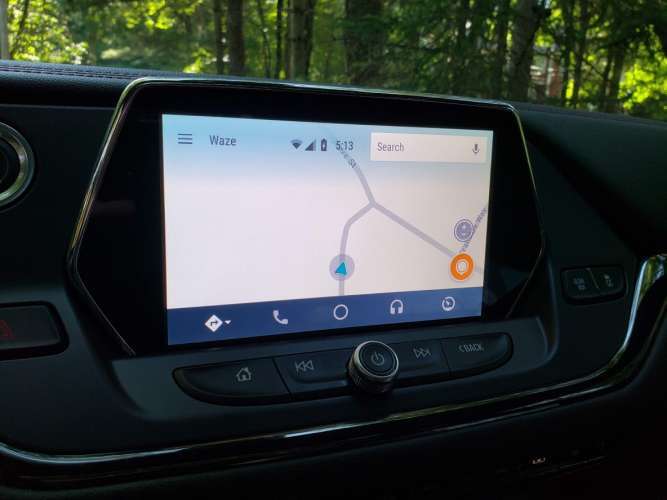 2019 Chevy Blazer Technology Features and Balance
The 2019 Chevy Blazer is packed with features. First off, Android Auto and Apple CarPlay. Do yourself a favor and never buy a vehicle that can't directly interphase with your preferred phone choice. The Acura RDX and BMW don't offer Android Auto. 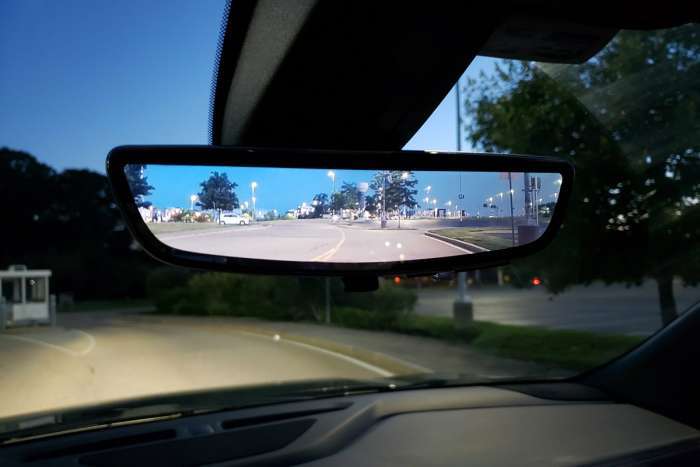 Our favorite tech feature of the new Blazer RS is GM's rear mirror camera. It is a huge advantage in many situations and everyone we showed it to agreed it was fantastic. With ventilated seats and a heated steering wheel, the Blazer RS adds two features most BMWs we see lack.

Last, we felt the Blazer RS's infotainment system was as perfect as any we have tested. A clear, simple touchscreen. Menus that are intuitive and simple to learn. Audio presets that act like the ones in your '60s GM vehicle (press and hold to lock a station). A wireless charge slot that fit our modern large phone perfectly. Last, USB ports (both types) that are in plain view and perfectly located for ease of use. GM has nailed the Blazer RS's infotainment package.

2019 Chevy Blazer RS Competitors
The 2019 Chevy Blazer RS is priced about $15K below an equally-well equipped BMW X3 and from our standpoint, offers a surprisingly close experience. The Acura RDX A-Spec is a great vehicle at this same price point but lacks the Blazer's spare tire, Android Auto, and simple infotainment system. The Ford ST is a close competitor in every respect. Well worth considering if you are a Ford fan. Chevy fans won't give it a second glance.

Watch 2019 Chevy Blazer Mirro Camera Is One of The Best Tech Things In The Market Right Now and Click to Subscribe to Torque News Youtube Channel for Daily Chevrolet and Automotive News Analysis and Tips.

Overall, we give the 2019 Chevy Blazer our stamp of approval. Feel free to offer your own thoughts in the comments below.