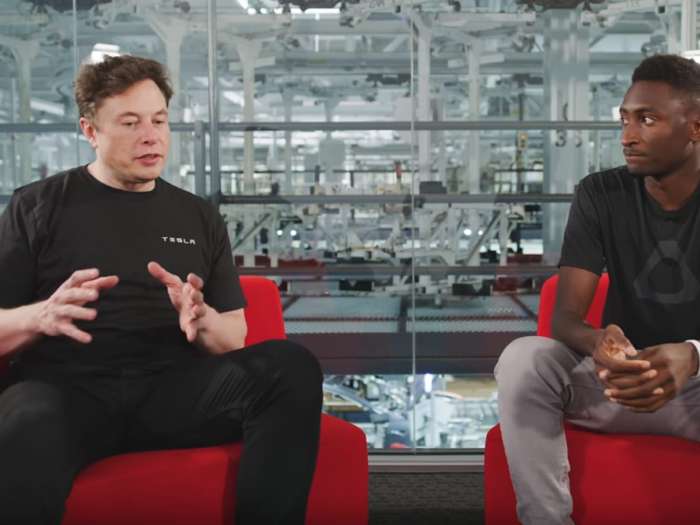 A recent interview by Tesla's Elon Musk highlights the divide between fantasy and reality in the affordable battery electric car market.
Advertisement

In a recent YouTube interview with Tesla fan and EV advocate Marques Brownlee, Elon Musk was asked if a Tesla model less expensive than the $49K to $83K Model 3 was possible from the luxury electric vehicle manufacturer. Like many Tesla fan and owners, Marques reveals later in the interview that he still mistakenly believes that Tesla actually has a $35K model for sale (it doesn't and never has).

Real World vs. Tesla's - EVs cost less than $25K right now.
Regardless of the context, the response from Elon Musk was very frank and led to a good discussion of why it is difficult to succeed in the automotive industry. What Mr. Musk didn't mention, nor did the interviewer, was that both Nissan and General Motors presently sell high-quality, battery-electric vehicles for $25K - $31K on a daily basis.

Real-world EV Prices From GM and Nissan
Both GM and Nissan discount their vehicles through their dealer networks. Almost nobody pays the MSRP on any mainstream vehicle. GM discounts trucks by as much as $10,000 routinely. These discounts are so routine that states like Massachusetts and Rhode Island have partnered with GM, Nissan, and many other EV manufactures to publish discounted electric vehicle prices.

2018 Model year Nissan Leafs are presently being sold for under $27,000. College grads and a professor at a University, save another $1000. Current Leaf owners save another $1000. These prices are before the state rebate of $2,500 that both states offer and before the $7,500 federal tax credit. New Nissan Leafs can effectively cost some buyers as little as $15,000 after all of the incentives are totaled. You can view the prices that are being offered at the MassEnergy website. Bear in mind that the screenshot we display above is for today's deals and will change over time.

The Bolt is a bit pricier. Current deals start at around $31,495 after discounts are applied. However, after the state and federal incentives, Bolt owners are paying less than $22K right now.

Tesla Does Not Discount
Tesla's policy of not discounting from the manufacturer's suggested retail price or MSRP (which is a term that does not really apply since Tesla is the manufacturer and the retailer) was again highlighted by Musk who says in the interview that he pays full price for his Teslas. He left out that his Model 3 was a gift from a Tesla board member. Tesla even charges "delivery" costs of over $1,000 for customers who pick up their cars at the Freemont factory.

Musk's Excuse - Volume
Elon Musk in the interview points to a factor we brought to light years ago with regard to Tesla - volume and cost. Higher volume generally equals lower cost. Musk claims Tesla doesn't have the volume to get to $25K now. However, Tesla's volume is higher than either GM or Nissan when it comes to all the things that make EVs expensive. Primarily drivetrain components.

The truth is, Musk has a bigger problem. He has to make a profit on his electric cars. Neither GM nor Nissan do. They both have high-profit models that can satisfy that obvious requirement. As Elon Musk tweeted recently when explaining why, so far, Tesla has lied about the Model 3 starting at $35K,

Matthias wrote on August 21, 2018 - 11:05pm Permalink
Tesla CEO has yet to come up with a 35k car.
Drew wrote on August 21, 2018 - 11:06pm Permalink
I think there's a waiting list for Teslas that doesn't exist for these other cars, and they sold more Model 3s in July alone than any other EV has sold this year. They cost more but have more range, more utility, are more fun to drive, and the Supercharger network. And the entire "Tesla is bad because their prices are higher because they can't sell EVs as loss leaders" seems a bit ludicrous. How green is your EV when it only exists because someone else is buying gas-guzzling pickups?
Matthias wrote on August 21, 2018 - 11:07pm Permalink
You are missing the point. Musk does not deliver what he promised. He promised a 35k car and he is delivering a 55k car (so far). I’m not saying Tesla is good or bad, I’m just stating a simple fact.
Joe wrote on August 21, 2018 - 11:09pm Permalink
The present-day battery tech cannot be treated the way the batteries are being run in a Tesla. The heat protection is nowhere robust or even existent, hence Teslas catching fire and burning up when 'irregularities' occur deep within cell clusters. GM did it correctly with the Voltec system. No battery degradation after tons and tons of miles, it protects itself from excessive heat and cold. All that adds cost, but things need to work properly or the laws of thermodynamics take over.