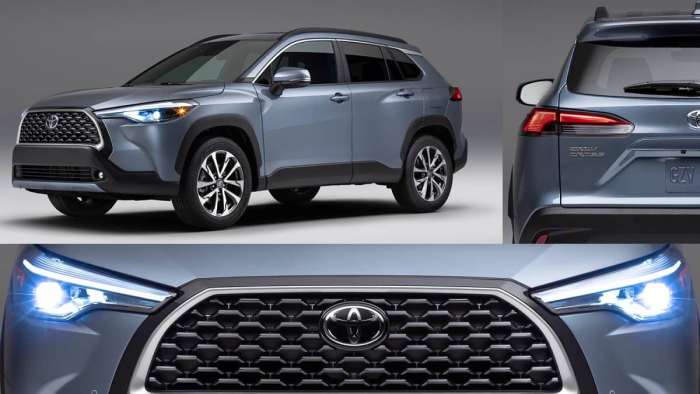 The all-new Toyota Corolla Cross is a small crossover that will succeed where the Toyota C-HR failed. It's no accident that the Corolla Cross Looks and sounds like a Subaru model.
Advertisement

Toyota has just added a new model to its lineup that looks and sounds a lot like a Subaru. The 2022 Corolla Cross will fill in a gaping hole in the Toyota North America product line. The small crossover segment has been fumbled by Toyota with its weird and dull at the same time C-HR whatchamacallit.

The Corolla Cross will slot in below the massively successful RAV4 line and "augment" the low-selling C-HR that is "underperforming" to put it lightly. The new Corolla Cross looks like a mini Subaru Outback and sounds a bit like Crosstrek to our ears. A perfect combination to lure possible Subaru buyers considering a small crossover over to the Toyota line. 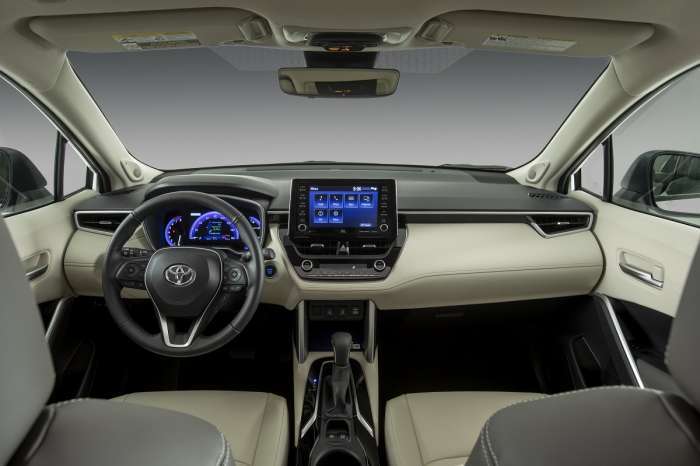 Why Did Toyota Choose This Name?
Using the name of an existing small car model followed by "cross" is not new to the automotive world. Mitsubishi's Eclipse Cross is one example, and the Crosstrek itself, the segment leader in many ways, is really a lifted Subaru Impreza with a much more interesting name to outdoors folk.

“Our loyal customers love the quality, durability and reliability that has helped make Corolla the best-selling nameplate in history,” said Lisa Materazzo, group vice president of Toyota Marketing. “With the all-new Corolla Cross we are building upon that foundation and offering more versatility and fun to adapt to their evolving lifestyles.” In other words, sedans are about to jump the shark, and we needed a quick way to keep the volume of sales up.

What Powers the New Corolla Cross?
Toyota lifted its 2.0L Dynamic Force engine and Direct Shift CVT from the Corolla sedan’s higher trims. That powertrain provides 169 horsepower and a physical first gear to combine efficiency with a transmission that won't rubber-band you in traffic and when starting off.

Yes, Corolla Cross Is Available With AWD
Front-wheel drive will be standard below the Mason Dixon line, but Toyota is of course equipping the Corolla Cross with AWD. The company's Toyota’s Dynamic Torque Control part-time AWD system can deliver up to 50% of its power to the rear wheels.

Corolla Cross MPG Targets & Special Trims
Toyota says that the Corolla Cross will likely earn a 30 MPG rating in AWD trims and 32 in front-wheel drive trims. It would not surprise us if Toyota created a hybrid and TRD version of the crossover at some future point. We would love to see a Corolla Cross Prime plug-in hybrid with 50 miles of EV range, but we won't hold our breath. 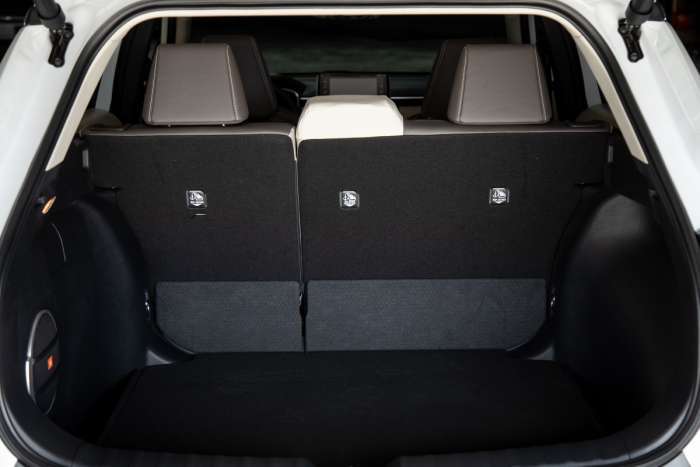 Corolla Cross Specifications, Ground Clearance, Towing
Armchair offroaders will be happy to know that the Corolla Cross packs a whopping 8.1-inches of minimum ground clearance. Perfect for the speed bumps at the mall, or to get you from the paved road to the parking area down a "dirt road" at your favorite state park. EPA passenger volume is a relatively small 88 cubic feet and the cargo volume behind the rear seat is 24.3 cubic feet in AWD trims. That is about four cubic feet more than a Subaru Crosstrek. The towing capacity for models equipped with a tow package is a decent 1,500 pounds. Typical for the segment.

Corolla Cross Conclusion
Toyota now has a marketable small crossover to sell when the RAV4 line proves too pricey for buyers. We suspect the Corolla Cross will sell in whatever volume Toyota can produce and will be a big hit if it is not constrained by production volume. We look forward to learning where it will be produced and taking it for a test drive in the back woods of New England.

Mark Day wrote on June 3, 2021 - 11:55am Permalink
Toyota Corolla Cross, yet another mundane vehicle. Four cylinder engine - check, CVT auto - check, auto stop/start - check, a clone of other dull vehicles - check. My newest vehicles are 2012s, nothing newer has given any incentive to purchase. The majority incompetent US drivers will probably snap it up – a great vehicle to be inattentive in, while blocking the passing lane.