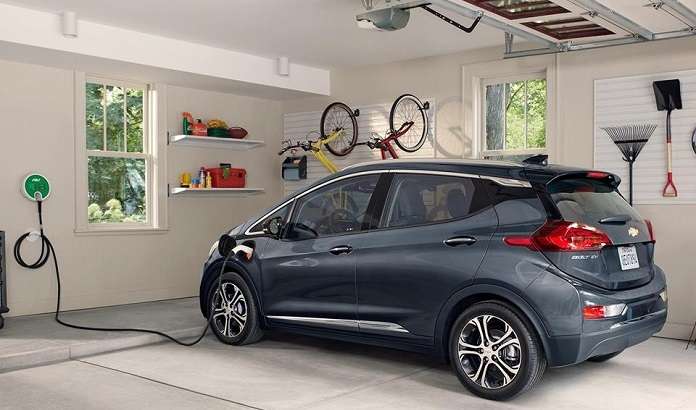 2017 Electric Vehicle Winners, Losers, and Ones To Watch

2017 was a pivotal year for electric vehicles. We run down the winners, losers, and ones to watch
Advertisement

2017 was an eventful year for electric vehicles in the U.S. market. The list of models that surpassed 20,000 units sold swelled from just two in 2016, the Model S and Chevy Volt, to five models for 2018, adding in the Chevy Bolt, Toyota Prius Prime, and Tesla Model X. As important as these models were to the success of the U.S. EV market, more interesting may be the models that failed to meet expectations, or just plain failed. Here is our list of the 2017 Electric Vehicle Winners, Losers, and Ones to Watch.

2017 U.S. Market Electric Vehicle Winners
#1 - The Chevy Bolt
The Chevrolet Bolt is the first proven mass-market battery electric vehicle. With sales of over 23,000 units, and a steady, continuous climb in sales over the past 11 months, Chevrolet met its goals, has inventory on dealer lots in every target market, and avoided any significant delays or quality issues. In fact, there were no disruptions to the Bolt's rollout. With dealers discounting the Bolt heavily in key markets, the Bolt now has an effective price $15K to $20K lower than the price the handful of Tesla Model 3 owners paid in 2017. EV fans should cheer for this mainstream, arguably affordable BEV success story.

#2 - The Toyota Prius Prime
The Prius Prime plug-in hybrid electric vehicle was the top-selling EV in America three of 2017's twelve months. The Prime sold just under 21,000 units and finished the year with 2,400 units sold in December. Maybe more significantly, the Prime outsold the Chevy Volt range-extended hybrid electric vehicle in nine of 2017's twelve months. Along with the Prius Hybrid, RAV4 Hybrid, and hybrid models of its top-selling sedan and SUV, Toyota has the most successful green car line on the planet. And the press entirely ignores this fact.

#3 - Chevy Volt
The Volt is now living in the shadow of the Bolt, but the new generation Volt is a sales success. It is also one of only two models that have had back-to back years of 20K+ sales in the EV market.

#4 Tesla Model S and Model X
Tesla continues to find new owners for extremely expensive performance EVs. The market has clearly leveled off, but Tesla deserves credit for owning the premium green car market. If it had made this its goal all along Tesla would be a slam dunk success.

#5 BMW 330e
Tesla has been telling the world that its Model 3 is going to steal customers from the BMW 3 Series. It may well do so, but in 2017, BMW sold 4,141 electrified 3 Series cars, almost triple the number of Model 3s Tesla was able to cobble together. Without even trying hard.

#6 - Chrysler Pacifica Hybrid (Plug-in hybrid)
Talk about exceeding expectations! Nobody expected the Pacifica to be so well loved by those who tested it. Journalists are singing this family vehicle's praises. With sales of 4,597 in just nine months, the Pacifica came out of nowhere to prove that large affordable vehicles can be EVs too.

2017 U.S. Market Electric Vehicle Losers
#1 - Tesla Model 3
Tesla proved every naysayer right in 2017 by flubbing the launch of its Model 3. Elon Musk's cute mid-year tweets about "exponential growth" and "5,000 units per week" deliveries now make the company look worse than foolish to all but the die-hard EVangelists. Tesla has big problems producing and delivering vehicles. None of them went away in 2017.

#2 - Nissan Leaf
Nissan launched its all-new Leaf in September. However, it didn't sell any in 2017. Why launch a vehicle and then not put it in customers hands until a new calendar year or more has passed? Nissan finished up the year with half the sales of the Prius Prime, Chevy Volt, and Chevy Bolt. Earth to Nissan: "It does not matter how good your car is if you don't sell any." Nissan sold 102 Leafs in December. Thus, being outsold by about 20 to one by its main competitors.

#3 - BMW i3
6,276 unit sales from an established premium EV? Why bother? The i3 is way behind the curve in terms of range, price competitiveness, real-world usability and name recognition as of the end of 2017.

2018 Electric Vehicle Ones To Watch
#1 - Hyundai Ioniq and Soul EV
We've tested the EVs coming from Hyundai and they are fantastic. Hyundai has the right formula, the ability to actually produce these cars, and the motivation. Now it just needs to expand its EV sales beyond California and get into the game for real.

#2 - Honda Clarity EV
Most Honda owners lean green. Honda also knows how to make EVs work, having been a long-term player in the hybrid market. The new Clarity BEV and PHEVs are quickly gaining followers and sales. Honda isn't trying to out-Tesla Elon Musk. Honda is simply adding a viable electric car in two configurations. Honda sold over 1,400 Clarity EVs in December. Watch for the Clarity to quickly gain momentum in 2018, while flying under the radar and media attention of the flashy Model 3.