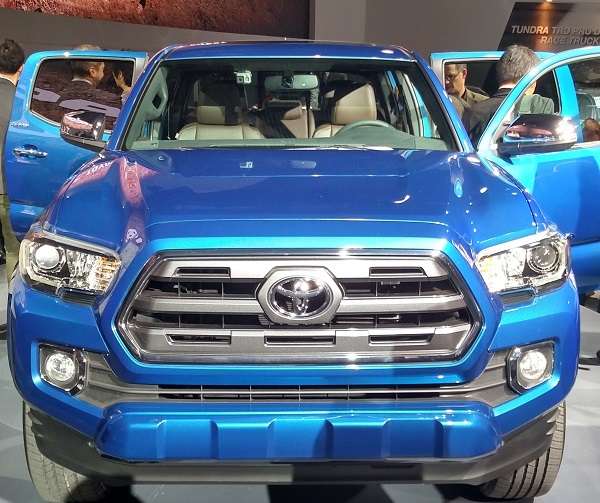 Like it has every month since the new Chevy Colorado was introduced, the 2015 Toyota Tacoma has again outsold the Colorado by a huge margin. In July, Chevy moved about 500 more Colorados than it did in June, with 7,209 trucks sold. Toyota sold 17,033 Tacomas, which represents a 29 percent increase in Tacoma sales since last July of 2014.

The new Colorado has won over many fans, and pretty much every reviewer who knows anything about trucks. With its clean-sheet design and modern drivetrains, it was supposed to hand the Tacoma its butt in terms of sales and take over the mid-size market. On the contrary, since the new Chevy Colorado was launched the Tacoma has been on a tear. Like Chevy, Toyota’s Tacoma factory is now at three shifts and building (and selling) as many trucks as it possibly can. Keep in mind, this is not the new 2016 Tacoma that everyone is writing about which is about to launch. This is the old Tacoma design.

In terms of year-to-date sales, the 2015 Tacoma now stands at 105,834. The Colorado has sold 48,784. By any measure the Colorado is a success, the only surprise is that Toyota still dominates the mid-size market. The GMC Canyon, a virtual twin of the Chevy truck sold just 2,654 unit in July, flat in terms of sales compared to its June sales of 2,533.

Toyota’s media launch (in Tacoma, WA of course) is this week. The all-new 2016 Tacoma is slated to be at dealers this fall.

For more background on Tacoma vs. Colorado sales, please see 2015 Toyota Tacoma outsells Chevy Colorado by 2.5 to 1 in June

Image of 2016 Toyota Tacoma at top of page courtesy of Patrick Rall.