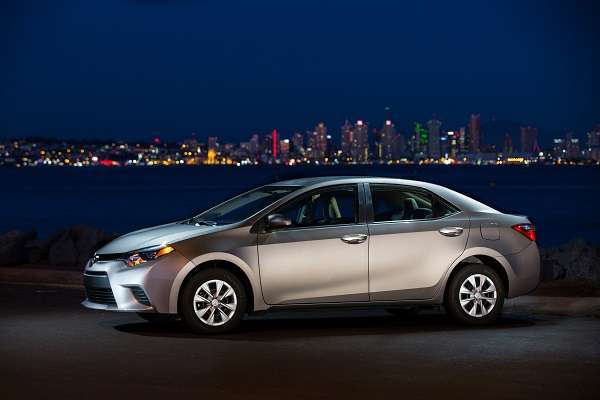 The 2014 Toyota Corolla may be the brand's most important car. The new prices for the new Corolla will ensure that the many buyers go home happy.
Advertisement

Toyota released details of the 2014 Corolla’s prices and for shoppers looking for an entry level sedan of extremely high quality, the news could not be better. Overall prices remain almost the same as 2013, with some trim levels actually costing a bit less than last year. This is a smart move by Toyota who could easily have decided to cash in on the vehicle’s amazing success, but instead has decided to keep it affordable.

The 2014 Toyota Corolla is Toyota’s most important car for two main reasons. First, it is often the first new car that a Toyota shopper buys. That was supposed to be the job of the Scion line-up, but that venture is not succeeding the way that Toyota had hoped. As the first car buying experience at a Toyota dealership, and hence the start of the customer relationship with the brand, Toyota needs this vehicle to be value-priced so that the buyer goes away happy and looks back with neutral or positive feelings about their experience. The Corollas is also often the last Toyota that many loyal Toyota customers buy as any trip to Florida will prove. Toyota needs this car to stay affordable to seniors on a fixed income, and it has.

The second reason the 2014 Corolla is important is it sells 360,000 units per year. Just to give that number some significance, The Toyota Corolla model outsells the entire Mazda lineup. Not the Mazda 3, which Corolla competes with, the entire Mazda brand – all models combined, sold in the US. Corolla is a bigger seller than most of the car companies in the US. Therefore a price change that alters sales in a negative way could have big consequences for Toyota. Corolla is built to a budget, well, by Toyota.

Base 2014 Corolla Prices
The Corolla L starts at just $ 16,800 with the manual and $ 17,400 with the 4 speed automatic. This is a low volume car used for advertising purposes. Incredibly, that car comes with Bluetooth connectivity and also LED headlights. It was not even a decade ago that those were only available on luxury models. Also, it now means that any person driving this car with a phone pressed to their face is an idiot, since hands-free is now possible on every Toyota Corolla.

The Real 2014 Corolla Prices
The real Corolla most buyers will start at when they shop is the new LE. It comes with the new constantly variable transmission called CVTi-S and it has a price of $18,300. This model has the stuff the base does and adds a back-up monitor, climate control and keyless entry.

The Snazzy Corolla
For those that want a little style with their Corolla the S trim will start at $ 19,000, which is just a smidgeon less than last year. The S is the Corolla that passes by and you think “Was that a Corolla or a Camry?” This model has slightly different trim inside and out, a sport seat, and a leather steering wheel. It’s not “Supa-bad” but it at least it has some flair.

The Fuel Sipper Corolla
The new LE Eco trim at $ 18,700 offers a slightly modified drivetrain to achieve 42 MPG highway. The Chevy Cruze is bragging that its 46 MPG is the best liquid fueled car you can buy in terms of highway mileage. Who cares? When you factor in fuel costs the Corolla will cost you less per mile.

2014 Corolla Packages
The Corolla will offer two packages. The first is called Moonroof. It comes with a … you know what. That costs an added $850. The second is called “Driver’s Convenience Package.” It adds Navigation, better sound, and a smarter smart key for $ 1510.

The 2014 Corolla Wrap Up
If you add up all the stuff you can throw at a Corolla you can’t break $21,300. If you get the loaded LE premium you are still under $20K. The new 2014 Corolla has many changes we have detailed in previous articles. For more information on the car we hope you will look back at those.