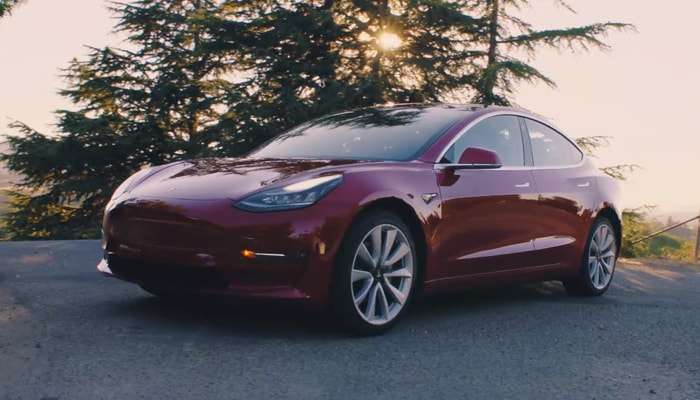 The Tesla Model 3 will be an amazing car, but if you are hoping it will be the most efficient EV for sale in 2017, don't get your hopes up.
Advertisement

The Tesla Model 3 is the newest EV to hit the market, so it follows that many will assume it will also be the most efficient EV in its EPA size category. Here is why that may not be the case.

Tesla Model 3 Efficiency - Definition
Before we go too far, we need to select a metric by which to measure the efficiency of this vehicle. All vehicles, be they electric or liquid-fuel, vary in their efficiency depending upon how they are operated. It takes more energy to propel a vehicle through air at a high speed than it does at a low speed. That is because wind resistance is not constant. Also, how a vehicle is outfitted in terms of tires and other components will have a net result on the power consumption. That is why the BMW i3 used unconventional "bicycle tires" that are super tall, narrow, and hard. To reduce rolling resistance and prolong range. Tesla envisions the Model 3 as a premium sports sedan that will be compared to the BMW 3 Series. So goofy tires are out of the picture.

For our metric, we will look at MPGe. This is an efficiency unit that has serious flaws, but only when taken in an absolute context. By comparison, it works as well as any other metric we can select. It will tell us how various EVs stack up to one another in operation. MIT's website has a great primer on EV efficiency.

Normally, when a vehicle is launched the EPA has already completed its efficiency and other tests on that new vehicle and the results are made public in many ways. The most common two are the Monroney sticker on the window and the published official results at www.fueleconomy.gov. However, like many things Tesla, the information is late, or not yet completed. Blame the EPA if you like, but Tesla could have waited a month to launch the Model 3 with official data. Instead, Tesla opted to conduct a public relations event in which 30 company insiders and executives took home the Model 3 on the last working day of July to move up its "launch month." More on the Tesla information delay here.

Tesla Model 3 Efficiency - Weight
Weight is a problem for all EVs. By comparison to liquid-fueled vehicles, they are heavier due to the total weight of the drivetrain and batteries having greater mass than liquid fueled vehicles' drivetrains and fuel. It takes more energy to propel a heavier (higher mass) vehicle, and that reduces efficiency. Interestingly, longer range reduces efficiency in EVs. It may seem counter-intuitive, but it should not. Longer range in a given model's trims is achieved by adding batteries, which adds mass, which we measure in the vehicle's overall weight.

Since the Model 3 will have trims that can achieve over 200 and over 300 miles of range, there will be at least two efficiency ratings. The shorter-range Model 3 will be more efficient by some amount due its lower weight of around 4,000 pounds. By comparison to vehicles its size, that is a relatively heavy car. Tesla is using steel in the Model 3, not primarily aluminum, but it would not have made much difference if aluminum had been used. The Model 3's batteries are what is making it heavy. The publication Electrek says the Model 3 will weigh in at 3,549 pounds. We will wait until a publication has actually weighed a production car to say what the car's actual weight is.

Tesla Model 3 Efficiency - Performance
We've already discussed the way mass will hold back the Tesla Model 3's efficiency. Another factor that will reduce the car's efficiency will be performance. Like the decision to go with conventional tires, higher performance means a larger electric motor, which means heavier drivetrain components. In the base Model 3, this will not be much of a factor, but in the two-motor, AWD Model 3s it will be. How much the vehicle's performance affects its weight will only be known once the vehicle is road-tested.

Tesla Model 3 Efficiency - Benchmarks
Once Tesla's Model 3 is officially tested by EPA and the results are posted, comparisons to the Chevy Bolt, Toyota Prius Prime, and Hyundai Ioniq Electric will be the obvious trio to draw comparisons against. The Bolt (119 MPGe) was the top-selling EV in America last month, the Prius Prime (133 MPGe) is the highest efficiency EV in the top three for sales YTD, and the new Hyundai Ioniq EV earns a very efficient 136 MPGe rating.