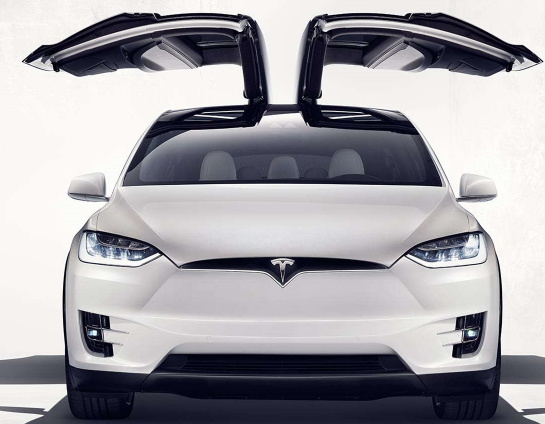 Consumer Reports had good news about one Tesla Model and bad news about its newest.
Advertisement

Consumer Reports says in the reliability summary for the Model X that reported trouble spots include “Falcon-wing doors, locks, and latches, power equipment, in-car electronics, climate system.” We looked deeper and viewed the full details contained in Consumer Reports subscription-only (or purchased at a newsstand) report and found some interesting twists in this story. First, despite the “Poor” reliability rating for 2016 models and “Much Worse Than Average” rating of the 2017 model year Model X vehicles, owners LOVE it. The Consumer Reports Customer Satisfaction Rating is Excellent.

The Model X also earns scores of Excellent for most its reliability areas as well. This makes us wonder how it got on this list of losers. The problems it does have must be widespread and significant.

The other cars on the list of 10 Least Reliable list include the Chrysler 200 (now discontinued), Ford Fiesta and Fiat 500X. Tesla’s Model S, now in a new generation and on the market since 2012, has risen to be scored average. It is now a Recommended pick by Consumer Reports. Finally, the price tag we used in our title is that which Consumer Reports actually paid for their fully-equipped Model X P90D.

If you subscribe to Consumer Reports, you will enjoy the Model X video update of the on-going testing Consumer Reports has underway. The group sings the praises of the Model X concerning power and handling but points out some major design flaws that limit the vehicle's usefulness as a crossover. For example, no roof rack storage for bikes or kayaks due to the gull-wing doors and how does one charge a crossover at a public charging spot while towing a trailer?

Tesla Giga Berlin's New Hurdle: It's Not Only the Gov't, but Now Tesla Itself
Teslas Are Sold Out Until 2023, But The Timing May Reverse
END_OF_DOCUMENT_TOKEN_TO_BE_REPLACED