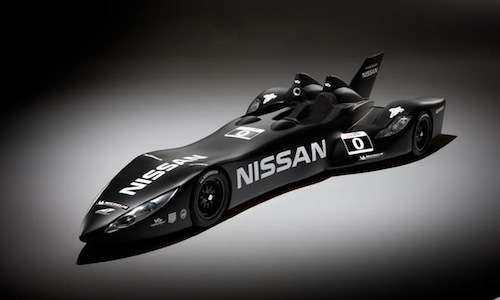 The new online promotion attempts to attract interest to the DeltaWing prior to its June debut at the Le Mans 24 Hours.
Advertisement

Nissan Motor Co. has launched a new online video series designed to promote its all-new DeltaWing racing car. The video segments are intended to showcase some behind-the-scenes footage of the vehicle as it undergoes several test runs. Such tests include a wind tunnel scenario and an on-track trial. The Batmobile-esque DeltaWing makes it racing debut at the Le Mans 24 Hours in June.

The videos signal the start of the DeltaWing’s new European testing program, which kicks off this week. The online series not only illustrates testing triumphs, but also numerous setbacks that the vehicle has faced. One of the DeltaWing’s main obstacles was bringing a radically designed racecar to compete in a world-renowned auto competition like Le Mans. Nissan will release a new installment of the series every two weeks leading up La Mans.

“This is an innovative project that could change the face of motorsport and the fans should be shown the full story. Too often motorsport development is hidden away and kept secret,” said Darren Cox, general manager of Nissan in Europe. “These films will give some insight into the very steep learning curve the team faces to even get to the Le Mans 24 Hours.”

The DeltaWing is a joint venture between Ben Bowlby, former Lola design chief and Chip Ganassi Racing. The vehicle is being marketed as the future of IndyCar racing. Just last month, however, IndyCar, the American-based open wheel auto racing sanctioning body called the DeltaWing prototype “too radical.” IndyCar opted for a new version of the Dallara series, choosing to race the DeltaWing from the “Garage 56” pit lane (reserved for experimental cars) when it makes it June debut.

The distinctively designed DeltaWing is powered by a 1.6-liter Nissan engine, which pounds out 300 horsepower. Despite the relatively low horsepower, the vehicle is projected to compete with more powerful endurance-racing cars by having half the weight and increases aerodynamic drag. Additionally, the innovative DeltaWing uses roughly half the power of traditional racing cars. In fact, the vehicle's creative body design should enable the DeltaWing to compete with prototypes twice as powerful.