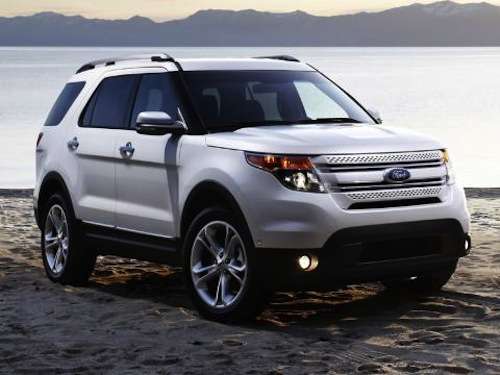 Ford, along with its luxury brand Lincoln, made up 60 percent of Consumer Reports' list of the most unreliable cars on the market.
Advertisement

Although Ford Motor Company sells a lot of vehicles, they aren’t all that reliable according to Consumer Reports. The consumer watchdog site has just released its list of the 10 Least Reliable Cars and Ford dominates the list. In fact, the list features four Ford models, as well as another two from Ford’s luxury brand Lincoln. Not to mention, Consumer Reports ranked the automaker 27 out of 28 the 2012 Reliability Survey.

Ford’s disappointing finish on Consumer Reports’ list is a major reversal from just two years ago when the automaker was regarded amongst the most reliable vehicles in the automotive industry. In 2010, Ford finished in the top 10 in Consumer Reports list of most reliable brands, with 90 percent of its models receiving an average or better reliability rating.

Despite its previous success, Ford did not fare well on the current survey due to a “perfect storm of reliability problems,” says Consumer Reports. The consumer watchdog site described Ford’s problems by stating:

"A few new or redesigned models, including the Explorer, Fiesta and Focus, came out of the gate with more problems than normal. Ford has also added the MyFord/MyLincoln Touch electronic infotainment system, which has been problematic so far, to many vehicles. In addition, three historically reliable models — the Ford Escape, Fusion and the Lincoln MKZ — are not included in the analysis; the three were redesigned for 2013 and CR doesn't yet have reliability data on them."

As for the automaker’s MyFord Touch system, Consumer Reports has been brutal in its criticism. Not only did the site call the system “overcomplicated and distracting” in a 2011 review, it also published a review recently explaining why the navigation system “stinks.”

Although Consumer Reports may not consider Ford amongst the most reliable brands, the automaker is still one of the most popular. In terms of monthly sales, Ford was the best-selling auto brand in September. Specifically, the Ford F-Series pickup sold 55,077 units last month, giving it the highest sales of any vehicle. Additionally, the Ford Escape, Ford Focus and Ford Explorer all finished amongst the top 20 best-selling vehicles in September.

brian wrote on March 6, 2015 - 8:48pm Permalink
with the ford escape why is it unreliable. is it the gas pump. is it a part i can replace with a better one.
Frank Furtive wrote on January 23, 2018 - 6:09pm Permalink
This POOR showing by Ford underscores why I still have mint condition 1995 Escort hatchback in the garage. 1.9 automatic with 170,000 trouble free miles. It has been well maintained of course. I have calculated ALL costs associated with ownership (fixed and variable) will come to 22 cents per mile.