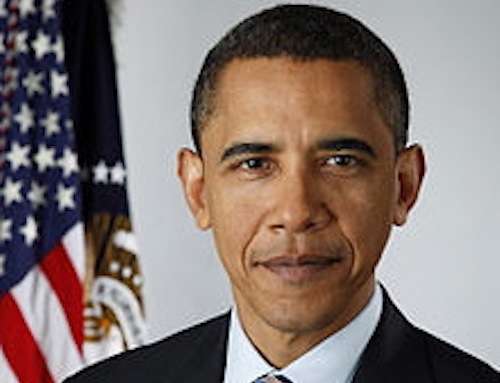 With election season in mind, we take a look at how the office of the President has directly and indirectly influenced the automotive industry.
Advertisement

Although President Obama’s bailout of the automotive industry is the most recent example of a President exerting executive power in the auto sector, it is certainly not the first. With this in mind, Hagerty, a classic car insurance company, has complied a list of the Top 10 Presidential Influences on the Automotive Industry.

Even though President Barack Obama has been both praised and criticized for his bailout of the auto industry, President George W. Bush initially began the process in December 2008 when he announced a $17.4 billion bailout for Chrysler and GM. Once President Obama took office he ordered a massive $80 billion bailout, which allowed the “Big Three” to stay afloat and eventually turn a profit.

Prior to the recent auto bailout that we are all familiar with, there was another substantial bailout in 1979. As was true in 2008, Chrysler was experiencing some serious financial difficult toward the end of the 1970s. In fact, Chrysler was on the verge on bankruptcy until President Jimmy Carter stepped in and guaranteed the automaker a $1.5 billion federal loan guarantee to cover its manufacturing costs. The collapse of Chrysler would have proved disastrous for a U.S. economy, which was already suffering from a downturn.

Although present-day Republicans politicians may be opposed to President Obama’s proposed fuel efficiency standards, it was a Republican President that first signed the Energy Policy and Conservation Act in 1975. The legislation, which was signed by President Gerald Ford, contained C.A.F.E., a provision ordering automakers to increase overall fuel efficiency. Consequently, the Big Three were forced offer smaller, more fuel efficient vehicles throughout the 1980s.

One year prior to President Ford’s action, President Richard Nixon signed the Emergency Highway Energy Conservation Act, which included the National Maximum Highway Speed Law. This provision set a national highway speed limit of 55 MPH for U.S. drivers. The purpose of the law was to decrease fuel consumption due to the then ongoing OPEC oil embargo. The law lasted until 1995, when speed limit legislation went back into the hands of the state.

Previous to signing legislation limiting fuel consumption, President Nixon was instrumental in establishing the EPA in 1970. It was established to research, set standards and implement policies to protect the environment. Presently, the EPA is primarily concerned with clean air standards and decreasing vehicle emissions.

Although highway fatalities have been on the decline in recent years, this was not always the case. Due to the rising vehicle fatality rate of the ‘50s and ‘60s, President Lyndon Johnson signed the Highway Safety and National Traffic/Motor Vehicle Safety Act, which created safety standards for roadways and motor vehicles. In terms of roadways, the new law led to the implementation of guardrails, break-away signs, and increased illumination. As for vehicle safety, seat belts, headrests, shatter resistant windshields and impact-absorbing steering wheels were all created because of this 1966 law.

A landmark year for automotive-related legislation, 1966 was also the same year President Johnson signed the creation of the Department of Transportation into law. The DOT was established to synchronize transportation policies and systems throughout America. The DOT is presently responsible for the quality, proficiency and safety of all highways, railways, waterways/ports, and mass transit.

Commonly referred to as the “Greatest Public Works Project in History,” President Dwight Eisenhower signed the Federal-Aid Highway Act into law on June 29, 1956. Originally conceived with national security in mind, the act supplied federal funding for the construction of the 41,000-mile Interstate Highway System.

While lobbyists may be mainly associated with the contemporary political landscape, they were hard at work in 1916 helping to pass the Federal Aid Road Act in 1916. Specifically, groups lobbying on behalf of urban motorists and farmers were vital in transforming U.S. roadways, which were in poor condition in the early 20th Century. The legislation, which was signed by President Woodrow Wilson, approved $75 million in aid to be spent on roadways.

Many years in the making, this piece of legislation was initially conceived by future President George Washington in 1784 and approved by President Thomas Jefferson in 1806. Construction on the National Road kicked off in 1811 and was completed in 1834. It was the first major U.S. road to employ macadam-style road construction, which used raised layers of stones held together with cement. It was a dramatic advancement over the soil-based roadways primarily used at the time.