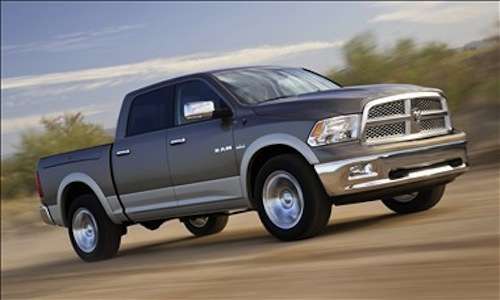 A new study performed by 24/7 Wall St. has determined the seven most dangerous cars in the US.
Advertisement

Although most drivers may take it for granted that their car will protect them in the event of a crash, not all vehicles are created equal. With this in mind, 24/7 Wall St., a site that provides analysis and commentary for U.S. and global equity investors, decided to examine safety statistics to determine which vehicles are the most dangerous in America.

Aside from analyzing IIHS data, 24/7 Wall St. also looked at Consumer Reports’ ratings, crash safety testing from the National Highway Traffic Safety Administration and JD Power’s overall Initial Quality report. Based on the criteria established by the aforementioned organizations, the same seven models received equally poor reviews across the board. In fact, five of the seven vehicles received a three or less, according to JD Power’s analysis, which details durability and reliability.

Based on their extensive research and analysis, 24/7 Wall St. found that the following seven vehicles are the most dangerous in America:

The list's big loser, the Dodge Ram earned the top spot due to its “marginal” side and rollover IIHS crash test scores. Additionally, the Ram earned a JD Power Initial Quality rating of 2/5. The NHTSA determined that the Ram performed poorly on frontal impact tests, but not side impact.

Despite the poor ratings, each of the seven models experienced an increase in sales last year. Specifically, all but one vehicle grew at least 19 percent in 2011. 24/7 Wall St. did note, however, that sales of all vehicles except the Jeep Wrangler are below 2007 levels. Interestingly, the Wrangler was the only vehicle on the list that did not score poorly on IIHS’ rollover testing.

John Goreham wrote on May 30, 2012 - 7:14pm Permalink
Trucks don't kill people. People...
Mark wrote on May 31, 2012 - 8:54am Permalink
Always entertaining when reality gets in the way of a car companys Red neck Ad campaigns. The really sad part are the Pickup truck drivers Putting Self image before reality/safety, as they drive thier money burners around town with nothing but a twinky in the back. Time to look reality in the face and but safety before self image.
Gary wrote on August 11, 2012 - 8:25am Permalink
What happened, people in the past were responsible for their safety. If we took away the texting and cell phone use while driving we would have less accidents and manufactures wouldn't have to spend millions in fitting vehicles with so many safety devices to protect us from ourselves. The vehicles would weigh less and save recources and get better fuel mileage.
Anonymous wrote on April 18, 2013 - 8:36pm Permalink
It is interesting to think that such a big truck could have such low safety ratings...hmm. Anyhow, I'd just like to point out that the name used for the Ram truck is improper. Ram is its own subsidiary of the Chrysler corp, completely seperate from Dodge these days. It is no longer "Dodge Ram" but rather simply "Ram". See Chrysler's webpage for more info.