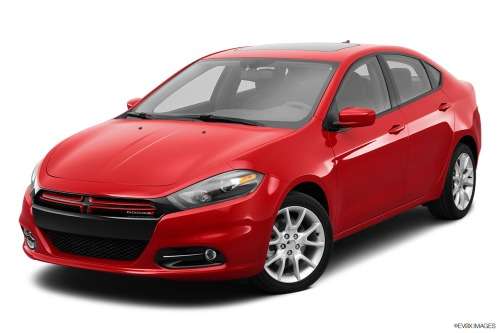 Affected by today’s recall are 15,000 model year 2013 Dodge Dart cars equipped with 1.4-liter four-cylinder engines and dual-clutch automatic transmissions. The vehicles in question may be susceptible to engine stalling in cold weather conditions. The recall affects roughly 12,900 Darts in the United States and 1,900 vehicles in Canada. Another five are in Mexico and the rest are outside of North America.

Chrysler discovered the problem while testing a Dart that had been parked in a 20-degree room for eight hours. According to the automaker, the car stalled momentarily after being pulled out of the room. Further inquiry determined that a faulty computer was to blame. Chrysler is unaware of any accidents or injuries related to the problem.

Authorized dealers will recalibrate the computer, free of charge. Chrysler has not announced when the recall will be begin, but owners may contact the automaker at 1-800-247-9753 for more information. Concerned drivers may also contact the National Highway Traffic Safety Administration’s Vehicle Safety Hotline at 1-888-327-4236 or go to www.safercar.gov.

Despite denying the NHTSA’s recall request, Chrysler issued two voluntary recalls last week. The larger of the two recalls concerns 400,000 model year 2010-2012 Jeep Compass and Patriot vehicles manufactured between May 2008 and July 2012. Affected vehicles contain a software glitch that may result in delayed deployment or non-deployment of the side airbags and/or the seatbelt pre-tensioners. Consequently, vehicle occupants have an increased risk of injury in the event of a crash, according to the National Highway Traffic Safety Administration.

The recall affects 254,000 vehicles in the United States; 45,400 vehicles in Canada; and an additional 109,400 around the world. The automaker is unaware of any complaints, field reports, crashes or injuries connected to the problem.

The second recall impacts roughly 220,000 model year 2012-2013 Jeep Wrangler vehicles manufactured between Jan. 23, 2011 and Feb. 23, 2013. According to the NHTSA, the power steering line could make contact with and damage the transmission oil cooler line, which may result in transmission fluid leakage. In certain cases, the loss of fluid can lead to total transmission function failure.

The recall concerns roughly 181,000 vehicles in the United States; 18,400 in Canada; 3,000 in Mexico; and another 18,400 overseas. Chrysler is unaware of any accidents or injuries related to the problem.