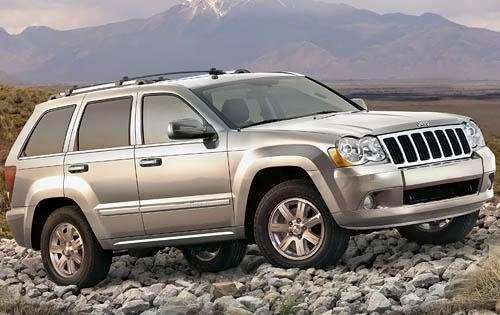 The largest recall impacts over 295,000 model year 2005-2010 Jeep Grand Cherokee and 2006-2010 Jeep Commander vehicles sold in the US, manufactured from February 2004 and March 2010. The vehicles in question may suffer from transfer case electronic failure, which may result in the transfer case unintentionally shifting into neutral. According to the National Highway Traffic Safety Administration, if a vehicle shifts into neutral, it may roll away increasing the risk of a crash or injury.

There have been 26 crashes and two injuries reported to Chrysler, according to Chrysler spokesman Eric Mayne. Chrysler began investigating the problem in January 2012 after a 2007 Jeep Grand Cherokee owner reported his vehicle rolling away after using his remote starter.
Chrysler will being notifying customers of the recall next month. Authorized Chrysler dealers will reflash the final drive controller—which controls the transfer case—with new software, at no cost to the owner. The NHTSA campaign number is 13V175000.

Chrysler's second recall affects 5,440 model year 2008-2012 Jeep Wrangler vehicles sold in the US, and manufactured between February 2007 and October 2011. The vehicles concerned in the recall may contain faulty airbag clockspring assemblies that could encounter broken airbag circuits. The broken electrical circuit may lead to the driver-side frontal airbag failing to deploy during a crash.

The Detroit-based automaker is expected to begin the airbag recall later this month. Dealers will replace the clockspring and add a wheel dust shield, free of charge. The NHTSA campaign number is 13V176000.

Chrysler’s third and final recall involves about 500 model year 2013 RAM 1500 trucks sold in the US, and manufactured between June 2012 and December 2012. According to NHTSA documents, certain RAM pickups may suffer from a coolant bypass valve problem, which may stop coolant from flowing to the heater core. This defect may inhibit the vehicle’s windshield defrosting system, leading to moisture or ice buildup.

Chrysler will begin notifying customers of the recall next month. Dealers will replace the problematic coolant vales and update calibration, at no cost to the owner. The NHTSA campaign number is 13V177000.

What to do in the meantime?

Concerned owners may contact Chrysler at 1-800-247-9753 or call the National Traffic Highway Traffic Safety Administration’s Vehicle Safety Hotline at 1-888-327-4236 or go to www.safercar.gov.