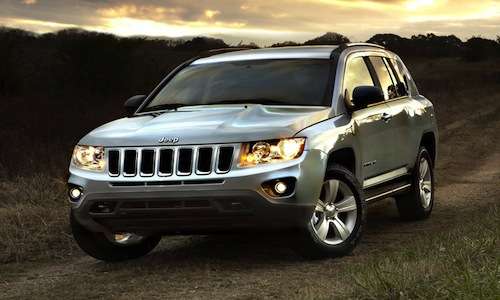 A faulty fuel tank assembly could cause Patriot and Compass SUVs to catch fire in the event of a crash.
Advertisement

The NHTSA reports that Chrysler will begin notifying owners and dealers beginning in June 2012. Chrysler will replace the fuel tank, free of charge, on all affected Patriot and Compass SUVs. Jeep owners who do not wish to wait until June may contact Chrysler Customer Service at 1-800-853-1403. Customers can also get in touch with the NHTSA at 1-888-327-4236 or online at www.safercar.gov. Chrysler’s recall number is M11.

The recall is a first for both the 2012 Compass and Patriot. Jeep did, however, issue recalls for the 2012 Jeep Cherokee and 2012 Jeep Wrangler due to engine cooling and airbag issues respectively. Chrysler’s recall of nearly 2,000 Patriot and Compass vehicles comes just one day after the automaker issued a safety recall on over 100,000 Jeep Wranglers from 2010 for consumer reported fire issues.

The 2012 Jeep Compass ranks 14 out of 20 according to U.S. News’ list of Affordable Compact SUVs, earning an overall score of 7.4. U.S. News’ list is based on 8 published reviews and test drives of the Compass, as well as analysis of reliability and safety data. Despite some positive feedback in regard to affordability, most reviewers chose the 2012 Jeep Wrangler over the Compass. The 2012 Compass lost major points in terms of an underpowered engine and lack of interior features, according to U.S. News.

The 2012 Jeep Patriot did not fare much better than the Compass, ranking 19 out of 20 on U.S. News’ list of Affordable Compact SUVs. In addition to ranking near last on U.S. News’ list, the Patriot earned a disappointing 6.8 overall rating. This ranking was based on 54 published reviews of the Patriot, including reliability and safety data information. Although the Patriot earned praise for its off-road capability, reviewers disliked the vehicle’s performance and basic interior. On the plus side, the Insurance Institute for Highway Safety named the 2012 Patriot a Top Safety Pick.