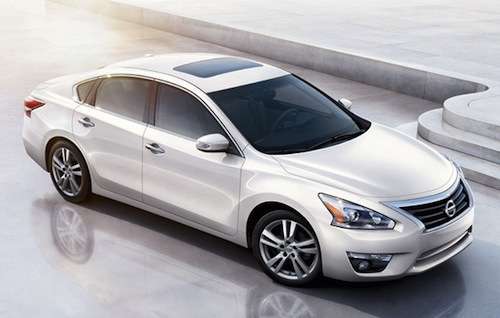 The Nissan Innovation Garage gives applicants the chance to submit their most creative ideas and possibly see them come to fruition.
Advertisement

Are you looking to unleash your innovative spirit, but don’t have the financial means to do so? Well you’re in luck, because Nissan has just announced the Nissan Innovation Garage, a one-of-a-kind chance for individuals to submit creative ideas for the chance to win a $50,000 grant, a 2013 Nissan Altima and help introducing their winning proposals on Kickstarter.

The most unique aspect of Nissan’s campaign is that any idea is welcome, regardless of whether it’s auto-related or not. Nissan encourages a broad range of submission because it recognizes that innovations come in all categories. As for the “garage” aspect, Nissan’s introductory video explains that many of humanity’s greatest innovations originated inside of garages.

So how do you get started? Simply visit http://www.nissaninnovationgarage.com and complete the statement, “Wouldn’t it be cool if…” The site will then gather information from your profile, including photos, to create a personalized video demonstrating how the world would change if your unique innovation came to fruition.

Ultimately, Nissan will select two innovators’ ideas for the aforementioned prize package. Aside from receiving funding from Nissan, the winning submissions will also be showcased on The Daily Brink, an online publication and networking platform that showcases up-and-coming innovators of all ages. Aside from the two winning ideas selected by Nissan, a fan entry (determined by votes) will also be announced. The fan favorite entry will receive a new 2013 Nissan Altima.The contest ends on October 12.

The Nissan Innovation Garage endeavor coincides with Nissan’s promotion of the 2013 Nissan Altima, which the automaker has dubbed the “most innovative Altima ever.” With a starting price of $21,500, the 2013 Altima features a standard 180-horsepower 2.5L 4-cylinder engine and an optional 3.5L V6 that produces about 270 horsepower. The vehicle also touts Nissan’s Xtronic continuously variable automatic transmission and an estimated 38 MPG highway.

Outside of the automotive arena, Nissan has most successfully ventured into the phone service industry. Nissan also owns Nissan Marine, which manufactures motors for boats and other marine equipment.

Ryan wrote on September 12, 2012 - 4:19am Permalink
I just entered this contest if anyone would like to help my small business Ripped City Apparel out! I would be eternally grateful :) You can vote here and it only takes a few seconds: nissaninnovationgarage com/video/5062
Allan Granger wrote on December 30, 2014 - 11:55pm Permalink
Suggestion- develop a Nissan Versa hatchback that can be powered by multiple forms of fuel- in North America it would make sense to develop a car that can run on both gasoline or natural gas. If too costly, develop a car that can run more effectively on gasoline made from natural gas.