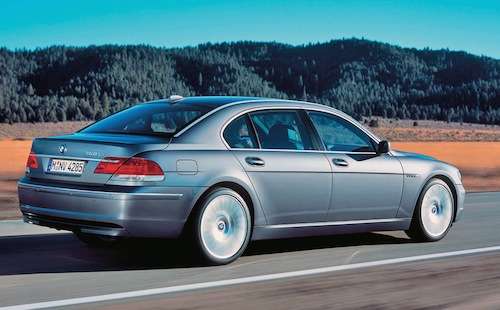 The transmission issue has led to 14 crashes and as many as 5 injuries, according to the NHTSA. Government officials began examining the problem over a year ago after receiving 50 complaints. The NHTSA’s initial investigation covered 122,000 model-year 2002-2008 BMW 7-Series vehicles.

BMW will begin notifying customers of the recall next month. Unfortunately, the German automaker will not possess the revised software needed to remedy the problem until March 2013. Meanwhile, owners can call BMW at 1-800-525-7417 or email the company at [email protected] Concerned BMW 7-Series owners can also contact the National Highway Traffic Safety Administration’s Vehicle Safety Hotline at 1-888-327-4236.

Saturday’s recall comes just two days after BMW announced it was recalling 7,485 model-year 2005-2007 7-Series vehicles due to a software glitch. The fault, which affects vehicles manufactured from August 23, 2004 and September 3, 2007, may result in doors inadvertently opening when they appear to be closed. Unlike the transmission control recall, BMW is currently equipped to perform the door software update.

Introduced in 1977, the BMW 7 Series is a line of full-size luxury vehicles. BMW’s flagship car, the 7 Series is one of the best-selling luxury cars in the world. The 7-Series is known for introducing new technologies prior to them appearing on BMW’s smaller sedans.