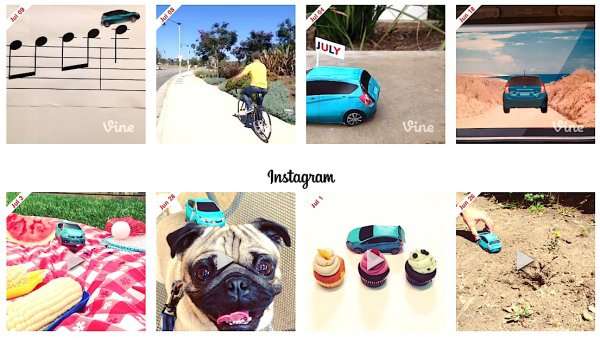 Winners of Nissan 'Your Door to More' Instagram contest announced

The video contest had thousands of entries and Nissan has chosen three winners from three American entries showcasing the new Versa Note. Those three entries will be featured in an upcoming Nissan commercial as well.
Advertisement

Videos from entrants around the nation poured into Instagram and Vine in Nissan's Your Door to More contest looking for customers showcasing the Versa Note. Three entries, one a six-second journey from the city to the beach, another a whimsical video game experience, and the last a freehand sketch to vehicle in motion, were chosen as winners. These three will be shocased in a 45-second national television commercial from Nissan.

Matt Fogarty of Camp Hill, Pennsylvania, Haley Yuen of Edison, New Jersey, and Andrew Jive of Brooklyn, New York were the filmmakers whose entries were chosen. Each of them will have their ad air during a Florida State vs Clemson College football broadcast on October 19th at 8pm EDT on ABC.

"There are a lot of really creative people using Vine and Instagram," said Jon Brancheau, vice president, Marketing, Nissan North America. "We're still trying to figure out the smoke and mirrors used to create several of the videos. This was a good social media experiment and a great way for Nissan to promote the all-new Versa Note."

Contest entries were judged on creativity, interest, and focus on the Nissan Versa Note that was to be their center. The Versa Note is in its second-generation as a hatchback. It achieves 40 mpg on the highway and has best-in-class interior volume.

These and other entries can be viewed on Nissan USA's Instagram page at instagram.com/nissanusa.