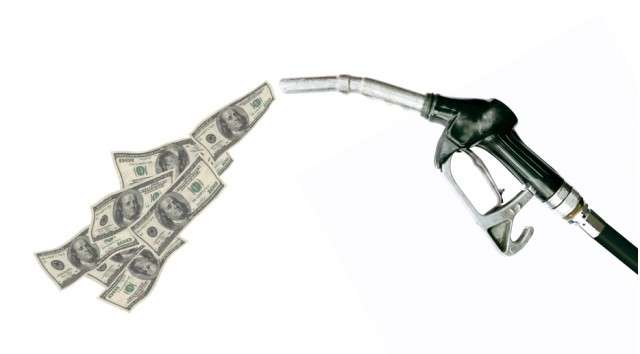 Why Are Gas Prices Up and Oil Prices Down?

Crude oil prices are at their lowest in years, yet gasoline prices have been on the rise around much of the nation. Why is that? Don't be too quick to blame "Big Oil" profits, it could be something else.
Advertisement

Crude oil prices are at their lowest in six years, yet we're seeing higher gasoline prices in parts of the country. Spotters in some places have seen premium fuel rise to over five dollars a gallon - something unheard of for the past couple of years. The average gas price around the nation is about $2.489 per gallon right now, according to Gasbuddy.com. Today, the lowest prices are in South Carolina while the highest are found in Alaska and California. With oil and its futures being so cheap, though, why is gasoline so expensive by comparison?

There are several reasons for it and none of them are "big oil profits." Outages at a key refinery in Whiting, Indiana hurt both the supply chain for gasoline and other fuels, but also caused backups in the supply line of crude oil from Canada. The outage itself didn't help, but its timing was also inopportune given that this is a "switchover" period for many refineries.

That switchover is a government mandate in many cities and states that requires the gasoline mix being used in the summertime be a different blend in order to limit noxious fumes and exhaust emissions. Add in that many areas also require ethanol blends in their fuel during the summer season, when gasoline sells at its highest levels, and more problems can be had. In most places, the switch from summer to winter blends starts around September 15th so refineries usually begin the change about a month earlier, depending on stockpiles.

The higher-than-expected usage rate for gasoline this summer, the first time in years the U.S. has had a "true summer driving season" according to analysts, means that stockpiles have been lower. This means that refineries are working faster to produce more fuel, but are doing so at the risk of having too much of the wrong blend in stock. So most are producing at variable levels to match current demand rather than over-producing to stockpile. This means that winter stock has not been produced until this last minute switch period.

Despite the uptick in futures expectations, which may change downward anytime, it's expected that prices for gasoline will again drop as winter blends begin production and distribution. Winter blends are, historically, lower-cost in terms of production. The next month or two are likely to see national gasoline price drops for nearly all regions. There will be some exceptions, such as California, where there are fewer refineries per capita and the summer blend is extended another month. Many parts of the country are already seeing gasoline prices begin to fall again.

Tesla Contemplates A New Strategy for China Retail even As Sales Boom
Jay Leno on Elon Musk & EVs: “I Think He Should Get ... Credit"
END_OF_DOCUMENT_TOKEN_TO_BE_REPLACED