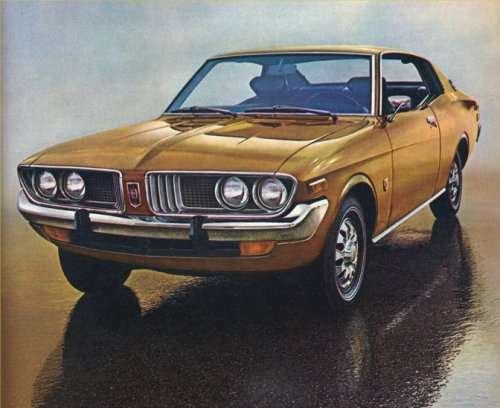 These two Japanese inventions changed automotive reliability forever. One of them is the sole reason nearly every gasoline vehicle made has a service life longer than 150,000 miles with proper maintenance and the other explains why your vehicle's starter doesn't need rebuilding regularly.
Advertisement

Yesterday, I talked about a technology that could potentially change auto manufacturing forever; one that is being spearheaded by Mazda, a Japanese company. That made me think about the innovations that the Japanese have contributed to gasoline cars - two of which radically changed the life expectancy of our automobiles forever.

I'm talking about full-flow engine oil filtration and gear-reduction starters. These two things have made the cars we drive today live longer and with far fewer service requirements than did cars of just a few decades ago.

So although American and European automakers have done most of the work (and deserve most of the kudos) for the rapid evolutions in engineering that have brought us to today's modern vehicles, these two innovations from Japan deserve a place in history as engineering that literally changed the world - and for the better.

Full-flow Engine Oil Filtration
Unless you are familiar with maintenance on classic vehicles, you are likely not aware that up until the mid-1960s, most oil filtering systems for automobiles were bypass filters, which only filtered a small percentage of the oil as it circulated, the idea being that over time, all of the oil would be "cleaned" eventually. Today, this idea has seen a resurgence, but mostly as an add-on to the current standard of full-flow oil filtration.

It's hard to pinpoint exactly who introduced the full-flow filter idea first, since it appeared almost simultaneously in both Europe and Japan, but It's generally given to the Japanese, since during WWII, they had been utilizing full-flow filters on many of their large military engines and had experimented with the idea in petroleum gasoline cars in the 1950s.

It didn't take long for the idea to catch on. In full-flow filtration, the oil filter is mounted directly onto the engine block (or at least piped directly to it) to filter all of the oil before it re-enters the engine. The American company Purolator is credited with the first replaceable oil filter and later the first of the now-standard spin-on oil filters. But the first use of full-flow filtration rather than bypass is believed to be by Japanese automaker Toyota.

This single invention is credited with doubling effective motor life between rebuilds from 150,000 miles to today's 300,000 miles.

Gear-Reduction Starter
Up until the 1970s, most American-made cars were using direct-drive electric starters to crank over the engine. These units were large, heavy, and had a short life expectancy due to the motors being designed to run at much higher RPMs than they were being used under.

In the late 1960s, it became common for Japanese passenger cars to have gear-reduction units built into their starters. This allowed the starter motor to turn at a higher RPM rate, increasing its lifespan. The gears between the motor shaft and the pinion gear reduced the speed of the cranking turn, allowing the high rate of the motor's turn to be reduced to a rate suitable to the car's engine turnover. Being stereotypically good at electronics, the Japanese also used smaller electric motors of better quality, thus reducing the weight and increasing the lifespan of the starter motor.

Chrysler was the first American company to note this and begin incorporating the idea into their cars as standard equipment. Their solution, however, was less refined and used lower-quality motors and did not use another Japanese innovation: replaceable solenoid contact posts.

For a starter motor using reduction gears, the first thing to eventually wear out are the solenoid contact points due to the high amounts of electricity that flow through them. Previous to adding these simple "screw out and replace" contact posts, a starter would be considered "failed" and require either rebuilding or replacement once the solenoid contacts had become unreliable. This simple change to the design of the starter forever changed the way we view them today. In fact, on a modern car, the starter is one of the least likely failure points.

Then and Now
For many of us, it's hard to imagine an automotive world where maintenance was a continuing battle to keep the car on the road. Today, we expect a car to start when we turn the key (or push the button), and to run for close to 200,000 miles before it's considered "high mileage." Even at over 200,000 miles, many vehicles retain a relatively good trade-in or resell value. All thanks to two innovations from the Japanese.