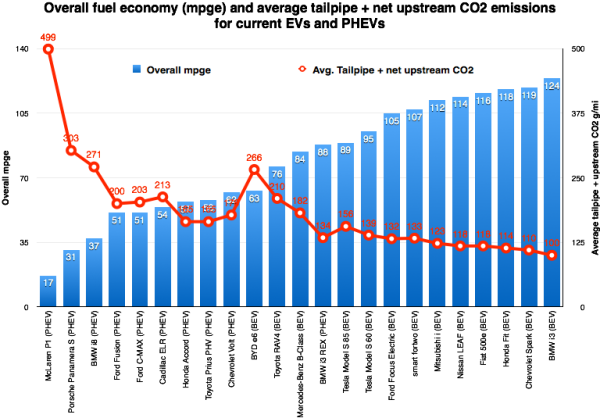 Sorry, Tesla, But the EPA Isn't Impressed With You

The EPA has issued its annual Trends report for the automotive industry, analyzing the fleet MPG and CO2 emissions for every major manufacturer in the U.S. What the EPA had to say about Tesla speaks volumes - they aren't impressed.
Advertisement

The EPA's Light-Duty Automotive Technology, Carbon Dioxide Emissions, and Fuel Economy Trends report has largely ignored alternative fueled vehicles since it began publishing in 1975. This meant that, for this year's report, the EPA basically ignored Tesla Motors in its overall lineup of manufacturers for analysis.

Although the Environmental Protection Agency didn't entirely ignore the electric car manufacturer, they did make it clear that Tesla is insignificant; so far as the EPA is concerned. The Trends report did include a section on alternative fueled vehicles, which include plug-ins and natural gas, however. In that section, they make it very clear that they consider Tesla to be a bit player.

First, they preface the section with an explanation as to why alt-fuel vehicles weren't included in the overall report to start with. "The combined production of alternative fueled vehicles has increased from under 1,200 in MY 2010, to nearly 105,000 in MY 2013. While alternative fueled vehicles still represent a very limited portion of overall new vehicle production (0.7% of overall light-duty vehicle production in MY 2013), this increase by a factor of about 100 in three years is both notable and significant." What's more significant is that the EPA mentioned alt-fuels at all. This is the first Trends report to do so since the agency began producing them forty years ago.

Note also the EPA's estimate of alt-fuel proliferation in the U.S. market. Still well under one percent of the overall market. Doing some math, using the EPA's overall numbers, we can see that alt-fuel vehicles would impact the overall automotive market's MPG by about a tenth of an MPG (0.1) and reduces overall CO2 by about 3 g/mi.

According to the EPA's figures and charts (one of which is above), the Model S isn't anywhere near the most fuel efficient EV being offered for sale. Both the top-selling Nissan LEAF and the newcomer BMW i3 trounce Tesla in that regard, using the EPA's MPGe numbers (see above).

Lastly, the EPA concludes that the impact of alternative fuel vehicles does not change manufacturer rankings. Interestingly, the manufacturers most impacted by the EPA's exclusion of alt-fuel vehicles are GM and Nissan. For General Motors, the exclusion of plug-ins means they lose about 1.2 percent of their fleet. Nissan, whose LEAF and other alternatives account for about two percent of their sales, loses about 0.4 mpg and about 7 g/mi in CO2 credit.

All in all, Tesla is still a bit player in the overall automotive game. This doesn't mean the company and its products aren't innovative or ground breaking, but it does mean that they aren't in the big leagues and aren't, in the scheme of things, currently impacting the market in terms of what's being sold to automotive consumers. This, frankly, is what the EPA's report makes abundantly clear.