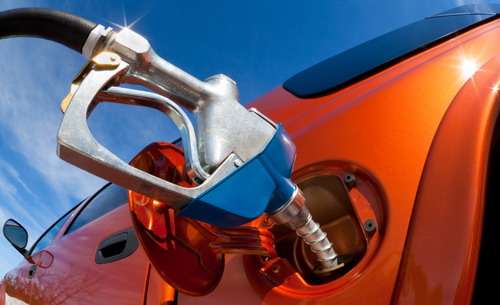 Are Republicans just desperate to find fault with the White House's new fuel economy standards, or do they actually have a point?
Advertisement

It must be an election year. The Environmental Protection Agency and the White House are expected to release finalized corporate average fuel economy (CAFE) rules this week. House Republicans wasted no time issuing a report bashing the new standards. The thing is, they have a point, even if they aren't really making it very well.

When CAFE was introduced back in the early 1970s, there was a serious fuel crunch going on in this country. The newly-formed OPEC in the MIddle East was protesting the United States' control over oil prices by cutting exports to this country. An unprepared Washington was unsure how to respond, so they responded in the usual political knee-jerk way.. they ignored the actual problem (low oil production problems domestically) and focused instead on boogeyman punditry (blame the evil foreigners). Somewhere in there, the idea that Detroit had been ignoring fuel economy in favor of things like performance and comfort (you know, the things people want in a car) meant that Congress had to set them straight. Through the only means Washington knows how to employ: force.

Since then, it's become an institution and neither political party in D.C. seems to think it should be ousted. Instead, like most bureaucracies that become accepted as the way it's always been, the politicos in Washington argue over how much control the EPA should have rather than whether they should have it at all. Whether or not it's effective isn't even mentioned.

Last year, President Obama announced that CAFE standards would again be revised upwards. The usual cries of "it will cost jobs" and "it will create jobs" were heard along with the general whining about how much it would help or hurt Detroit and America's all-important automobile manufacturing industry. At least, what's left of it that hasn't been shipped off to Mexico and China. The usual suspects chose the usual sides in the debate, all based on who was announcing it rather than on what the announcement actually was.

Then the usual political mosh pit ensued and the media had a field day over the pretend debates. Now, of course, it's an election year and the parties are eager to show themselves to be in opposition and as different as possible, so it's become yet another issue of importance. To that end, House Republicans issued a report on Friday afternoon that says that Obama's plan for CAFE will unfairly favor American automakers over their foreign competition.

Yes, Republicans said that. When you're done gaping at the irony of the nationalists calling the socialists fellow nationalists and making like this is a bad thing instead of a chance at "bipartisan cooperation," we'll continue.

The House Oversight and Government Reform Committee (whatever the heck that is) says that the fuel standards are "overly optimistic" about how willing American car buyers are going to be in adopting hybrid and electric cars. For further irony, a representative from California chairs the committee making this claim. Even Lewis Black couldn't come up with a routine this hilarious.

So.. how will better fuel economy standards work to unfairly favor American cars over their foreign competition? Why by keeping the very thing that CAFE has that is responsible for creating that favorite whipping post of the eco-loving beatniks, the SUV.

That's right. The exemption for light trucks, which are separated in the standard, something which created the gas-guzzling sport utilities of the 1990s and caused cars like the Chrysler PT Cruiser to be called "trucks," will still be in place with the new CAFE requirements. This, says the House OGRC, unfairly gives advantage in the market to automakers who favor trucks in their model lineups. You know, like Ford, Chevrolet, and Ram Trucks (a part of Chrysler).

The thing is.. the Republicans are right. It will favor those who largely rely on trucks to keep their bottom lines afloat. Of course, the Republicans' reasons for pointing this out are not only sweetly ironic and dripping with hypocrisy, but are being way too obvious in their attempts to miss the spittoon. What they hope to accomplish is anyone's guess, since everyone looking at this can see the double-edged sword they're creating for themselves.

So is this a "second auto bailout" for Detroit as some have claimed? You could call it that, but it avoids the real question.

That is: why is the debate over how strict CAFE should be instead of about whether CAFE should even exist? After all, the standard failed to deliver on its original mandate (reduce foreign oil consumption) and seems to have met its current mission (increase average fuel economies). Consumers seem to be demanding more fuel efficient vehicles without the government requiring it and automakers are making huge strides towards providing more efficient vehicles. If anything, this new standards setting by the EPA could be seen as a desperate effort to gain relevance instead of a new, tougher mandate. After all, no one in the auto industry has said that the 54.5 by 2025 will be tough to meet. They agreed to the new standard so readily, in fact, that it is obvious they figured they were more or less going to meet that requirement without it being forced.

So although the Republicans are stumbling through the attempt, they do have a point. If you carry the logic forward, that is. Something that Washington rarely does.

Nicolas Zart wrote on August 13, 2012 - 3:13am Permalink
It's so out of control it's not funny anymore. These politicians don't represent anything anymore. Nay, they don't represent us anymore, just lobbies and corporations. My favorite part was that the Chrysler PT Cruiser is considered a truck. That's news to me. Seriously, a truck? And then we wonder why Toyota does so well in our country. They're having a field day.
Aaron Turpen wrote on August 13, 2012 - 1:00pm Permalink
The PT isn't the only one, but it's the most glaring. From Wikipedia: "Chrysler specifically designed the PT Cruiser to fit the NHTSA criteria for a light truck in order to bring the average fuel efficiency of the company's light truck fleet into compliance with CAFE standards." Not to pick on Chrysler. All three of the Detroit boys did this with various vehicles.