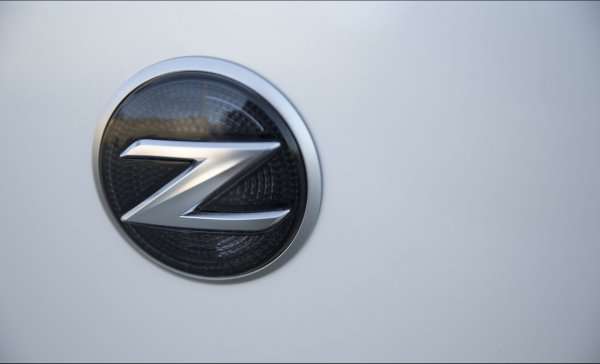 Nissan has announced pricing for the 370Z Coupe, NISMO and Roadster models. Fluctuations are up and down and model trim levels expand throughout.
Advertisement

Nissan has announced the price tag for various models of the 370Z sports car with the Coupe holding its price steady at a base MSRP of $29,990 and the NISMO sports model seeing a $1,000 price drop while the Roadster sees a bit of a boost, but not by too much.

Nissan dealerships nationally now have the new 2015 370Z on sale and all three model formats are available in various trim levels and option packages. The all-new 370Z NISMO has four grade levels instead of only one, including the first time it's had an automatic transmission option.

The 2015 370Z Coupe jumps from four grade trims to eight and the 2015 370Z Roadster goes from three to five grades. Option packages on all three models have been dropped in favor of trim level packaging to streamline the purchasing process.

The base model 370Z Coupe still remains at $29,990, plus delivery. The base configuration has the standard 332-horsepower 3.7-liter V6 with a six-speed manual transmission. Upgrading to the 370Z Coupe with a 7-speed automatic transmission bumps the price to $31,290. The full list of trim models is below with pricing indicating 6-speed manual and 7-speed automatic, before destination fees.

Full details on the Coupe's updates were given in a Torque News article back in July.

The 370Z NISMO is completely all-new for the 2015 model year. This was the first Nissan sports car to get the factory-tuned NISMO treatment and it's now seen an update after the GT-R NISMO released. With revised exterior design to add more aggressiveness to its look, the 370Z NISMO is now a far more powerful car in visual dynamics. The new Tech model, as with other 370Zs in the line, adds navigation and other technology options that were not previously available in the NISMO package.

Pricing comes in four flavors for the new 2015 Nissan 370Z NISMO, including a new automatic transmission offering. The following prices do not include destination charges.

Full details on the updates given to the 370Z NISMO were detailed in July.

One of the hottest topless cars on the road, the 370Z Roadster gets a new Sport trim to add a Viscous Limited-Slip Differential and SynchroRev Match in the manual transmission (also available on the 370Z Coupe and standard on the NISMO). For the Roadster model, the Touring edition adds many of the technology options previously offered in add-on packages.

The five model trims for the Roadster are priced below (manual / automatic), not including destination.

For more details on Roadster updates, see our article here. You may also like to see how the 370Z has changed over the past forty-five years.