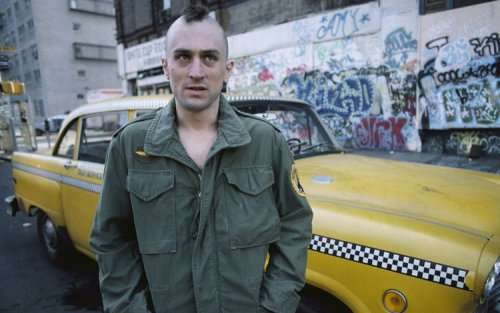 Not wearing a seat belt is antisocial?

According to a new study, people who don't wear seat belts are felonious, antisocial nutcases. No, really, it's scientifically proven.
Advertisement

A new scientific study says there is a correlation between not wearing a seat belt and being antisocial. The study, published in the journal Annals of Epidemiology this month and conducted by three PhD-level researchers, shows that the chronically seat belt ignorant are often drug and alcohol abusers and have a criminal history. Moreover, those seat belt haters are usually white or Asian males that make less than $75,000 a year. They also likely have a dual diagnosis for mental illnesses.

In other words.. if you don't wear a seat belt, you're probably akin to Robert DeNiro in Taxi Driver (he didn't wear one in the movie either, by the way).

Pretty stiff accusation there, but it's backed up by research science. Now for the really big question: How important is this and should we be worried about those who don't wear seat belts in today's safety-prone world?

Seat Belt Laws
Seat belt requirements are almost universal in the United States. It's illegal to drive without everyone in the vehicle being properly strapped and harnessed in and police are allowed to ticket drivers and passengers who are not wearing seat belts in nearly all U.S. jurisdictions (the State of New Hampshire is the exception). In 31 U.S. states, in fact, it's legal for the cop to pull over those who are not wearing a seat belt as the sole reason for the traffic stop.

The first U.S. state to pass mandatory seat belt use was New York, which in 1984 required all drivers and passengers in the front seat to wear seat belts if the vehicle was equipped with them. Up to that point, seat belt mandates had largely been on the municipal level, but after the NY enactment, states began following suit with their own seat belt requirements until 49 of them had either a primary (can be enforced as a traffic law) or secondary (can be ticketed in conjunction with another violation) law in place by 2009.

Debate over whether these primary or secondary laws are more or less effective than one another rages, but little debate over whether they've increased seat belt use has been given, as the evidence shows that they have been very effective in that regard. One thing often ignored, however, are the legalities of the requirement itself.

Are Seat Belt Laws Rights Infringements?
The most common argument against seat belt mandates is the libertarian argument that the use of seat belts is entirely a personal decision and government has no right to force it upon people. After all, who gets injured when seat belts aren't worn? The person who chose not to wear it. So why would it be anyone else's business whether or not that person is wearing a seat belt? This same argument is used for many other victim-less crimes as well.

The common answer from pro-seat belt law people is "medical bills and economics." Those who cannot afford to pay their medical bills are going to use public funds to pay them, so seat belt use becomes a public health issue.

The pro-belt argument, however, has little evidence to back it up. There are very few studies into how much (or even whether) mandated seat belt use has decreased public medical costs. Skeptics of the existing research have argued that the numbers are skewed because they are extremely difficult to extrapolate and are often based on short time windows. Crash survival rate numbers and expected (observed) results for improvements due to seat belt mandates do not jibe, bolstering that skeptical argument. This was notably pointed out in a Harvard University study by Alma Cohen in 2001.

So How Antisocial Are Seat Belt Refusers?
Broadly, the question can be asked on the level of "not using one means you are a burden on society when you wreck." More narrowly, however, this new study in Epidemiology shows that statistically, those who refuse seat belts are also very likely to be engaging in other risky behaviors and likely have little regard for the seat belt law itself - or most other laws. These drivers, statistically, would be more likely to drink or use illicit drugs while driving, to be driving while committing other illegal acts, and are likely to have antisocial tendencies as a part of an overall mental health problem.

So, as the study concluded: "Findings indicate that non-seat belt use is convergent with a spectrum of serious antisocial behavior and comorbid psychological distress. Importantly, results suggest that standard seat belt use policies and campaigns may not be effective for non-seat belt using individuals and a targeted approach may be needed."

In other words, the laws aren't going to work on most of those who are now ignoring seat belts. So strengthening them or creating a federal mandate will not likely increase current usage by any substantial amount.

John Goreham wrote on December 21, 2012 - 6:44pm Permalink
Good article. I like seatbelts. I like them for the safety, but I like off ramps too, and it is hard to reach the radio if I'm flung to far to the left due to G forces. If you drive a stick it is not always possible to use the dead pedal to push one's self back in the seat to stay put. Thank goodnes the crazy self operating ones went away. Thank airbags for saving us from that nightmare.
Aaron Turpen wrote on December 22, 2012 - 5:10am Permalink
Ya, those auto-choke seatbelts SUCKED.
rob wrote on December 22, 2012 - 8:42am Permalink
Libertarians actually say that car safety standards should be openly set by car manufacturs and let the courts and insurance companies do the rest. Companies are reluctant to support seat belts as tests have proven they can kill in some situations. For info on people using voluntary Libertarian tools on similar and other issues worldwide, please see the non-partisan Libertarian International Organization
Aaron Turpen wrote on December 22, 2012 - 9:25am Permalink
Maybe so, but the point I made was that the libertarian philosophy is against MANDATES.