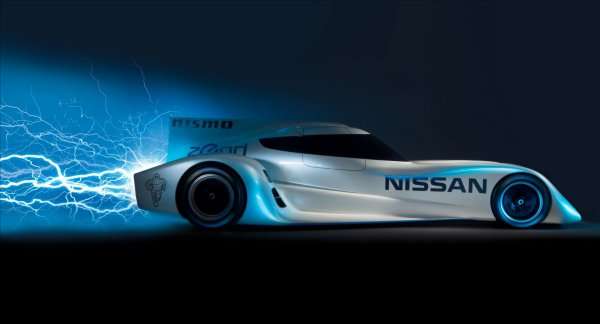 Nissan is still seeing sales records, marking more than a year of sales records being set year-on-year. The LEAF and Versa are stealing the show.
Advertisement

Nissan has once again set sales records for itself, with October 2014 beating out October 2013 by over 10,000 units for a 13.3 percent increase overall for all Nissan Group companies (including Infiniti). The Nissan brand itself accounts for most of those gains, of course, and the biggest winners in Nissan's lineup are compact cars and small pickup trucks.

October 2014 marks thirteen consecutive months that Nissan has set a sales record over the previous year. For October, total Nissan Division sales were 94,072 units, 14.9 percent higher than October 2013. The greatest gains were in compacts where the Versa and its cousin the electric Nissan LEAF took center stage.

The Nissan Versa saw a 28.6 percent increase in sales year-on-year with 11,097 units being sold. So far, sales of the Versa are over 21,000 units higher than last year. As you may recall, Nissan told us directly that the Versa and Versa Note share a 50:50 relationship on the sales floor, with the new Note gaining fast entry into consumers' hearts.

The Versa's cousin, the all-electric Nissan LEAF, is also seeing huge gains; continuing its trend of building sales volumes over time. A total of 2,589 LEAF EVs were sold in October 2014, up from 2,002 last year, making for a 29.3 percent increase. This year, 24,411 LEAF cars have been sold as of the end of October. The Nissan LEAF, of course, is the best-selling electric car globally. Nissan is on track for the LEAF to have another sales record for the year.

Finally, a surprise in the Nissan line, are gains for the Frontier pickup truck. The Nissan Frontier is long in the tooth and very ready for an update, which will likely come after the new Titan is unveiled in Detroit come January. Yet the Nissan Frontier keeps chugging along, pulling ahead 25.3 percent year-on-year for sales in October. 6,568 Frontier trucks were sold in October 2014, over 1,300 more than were sold in October of last year. Year-to-date sales are over 10,000 units above this time last year, showing that the little Frontier has a lot of life left in it.

As a last note, to go along with all these sales, Nissan also posted record North American production numbers with a total of 81,726 vehicles being made in October 2014 (about 21,000 more than Oct. 2013) with the company being on track to near a million units for 2014 by year's end. Conversely, imports for Nissan are down by 41.5 percent year-on-year.