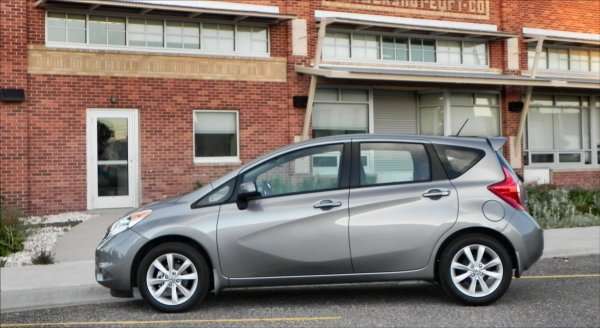 Nearly Half of All Nissan Versa Sales Are Note Models

When we asked Nissan for the breakdown of Versa sales, we were surprised to find out that the all-new Versa Note makes up nearly half of those sales figures despite this being its first year on the market.
Advertisement

The Nissan Versa is the best-selling subcompact car in the United States. It outsells most competitors several times over. It's combination of value, economy, and versatility makes it the subject of top picks on "best of" lists throughout the automotive press. When fellow Torque News journalist John Goreham asked me how Versa sales break down, I went to Nissan to find out and was amazed at what was learned.

Goreham was writing his piece on the emerging Yaris and wondered how it stacked up against the top competitors in the subscompact market, the Versa / Versa Note and the Honda Fit. Of the three, only the Versa is not up for redesign in 2015, having already had one for 2014. The Versa sedan will see some changes for 2015, but the Note, the five-door hatchback, will not. It's important to point out that what John was attempting to do was compare the Versa Note (the hatchback) with the others, as it's a more apples-to-apples consideration.

Nissan told me that the breakdown for the year-to-date sales (January 1 to July 31, 2014) for the Versa line is about 64,700 units. About 59 percent of those are Versa Sedan models and about 41 percent of them are Notes; breaking down to about 26,600 Notes and 38,100 Sedans. We are rounding the numbers a bit for simplicity here.

Given those numbers, we can compare to the Fit and Yaris as Goreham did in his article. The Versa Note outsells the Yaris by about 3.5 to 1 and the Fit by about 2 to 1.

My own impressions are that the Fit is poised to take some big chunks of the market in 2015, though I doubt it will surpass the Versa Note in sales. The Fit is relatively expensive compared to the others and, while it sports the Honda nameplate, in the subcompact market, price is often the primary sales motivator. Having also driven the new Fit, I can say it's just as well-equipped as the Versa Note in terms of versatility, space, and comfort. It has more pep when driving and that higher price tag does bring some fun technology with it, but for the bare bones buyer, that's not as interesting. When your car payment may be a third of your monthly income, a few dollars really matters.

Meanwhile, the new Yaris is a pretty little car, but it lacks the oomph of the Fit and the safe and reliable feel of the Note. It's also smaller than the other two in terms of interior dynamics, which will hurt it during comparison shopping.

Overall, though, the comparison between the three is largely a matter of opinion. Some will like some points more than others and will make decisions based on that. I think the majority will continue buying the Versa and that the Note itself will likely keep digging into the Versa Sedan's sales to mark that 50:50 point soon. The value proposition is certainly there.