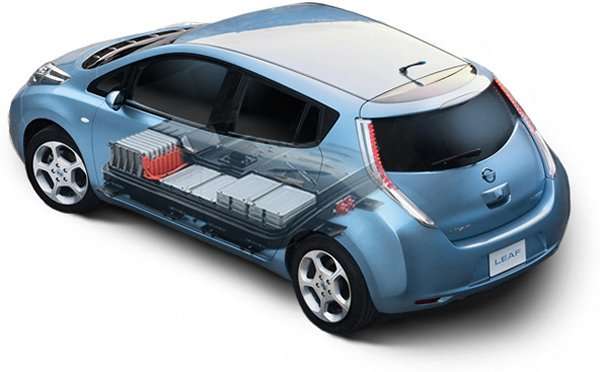 An advanced research project between Nissan's affiliate research arm, Nissan Arc Ltd, in corroboration with universities in Japan has resulted in the development of the world's first analysis method enabling direct observation of electron activity in the cathode material of lithium-ion batteries during charge and discharge.

The technique allows researchers and designers to see how the design and materials within the battery affect its performance and paves the way towards faster development of high-capacity batteries with better durability.

The work, conducted by Nissan Arc, Tokyo University, Kyoto University, and Osaka Prefecture University, provides an accurate depiction of how electrons are emitted from certain elements that constitute the cathode material of li-ion batteries. Takao Asami, Nissan senior vice president and president of Nissan Arc Ltd., said: "Creating this analysis technique was a major step toward the further development of high-capacity, next-generation lithium ion batteries. It will play an important part in our future R&D aimed at extending the driving range of future zero emission vehicles."

Existing analysis methods did not allow researchers to observe the movement of electrons within the battery's cathode, limiting the ability to know how materials and design were affecting capability. The maximize li-ion batteries, for example, the maximum amount of lithium must e stored in the electrode's active material, allowing it to generate the maximum number of electrons. Being unable to accurately read electron activity within the material means being able to maximize the material itself.

This new method combines x-ray absorption spectroscopy and first principle calculation from Japan's Earth Simulator supercomputer. While x-ray absorption has been used in the past on li-ion batteries, it was usually in the K-spectrum. Nissan's team realized that the L-spectrum would be more useful, allowing direct observation of cell reaction electrons.

For years scientists have wanted to understand the origin of electrons during charging and discharging, and this newly-developed analysis method finally makes it possible. Scientists can observe the exact phenomenon inside a battery cell, especially the behavior of active materials of electrodes, permitting further study of better-performing, longer-lasting electrode materials. Nissan's team is now analyzing higher-capacity electrode materials with the goal of increasing energy density by 150 percent.

Carlos Cristovao wrote on March 18, 2014 - 6:18pm Permalink
Good lock i hope the development will run very well
mike w. wrote on March 20, 2014 - 6:34pm Permalink
Higher battery capacity/longer range is always welcome in my garage. Hope this research leads somewhere.
arinze ezekiel wrote on May 21, 2018 - 5:21pm Permalink
i was able to find a solution to high performance, less power input battery and auto-recharge system for an electric car. no need for power problem. can you company work with me to implement this mind blowing technology. if yes, contact me through my e-mail.