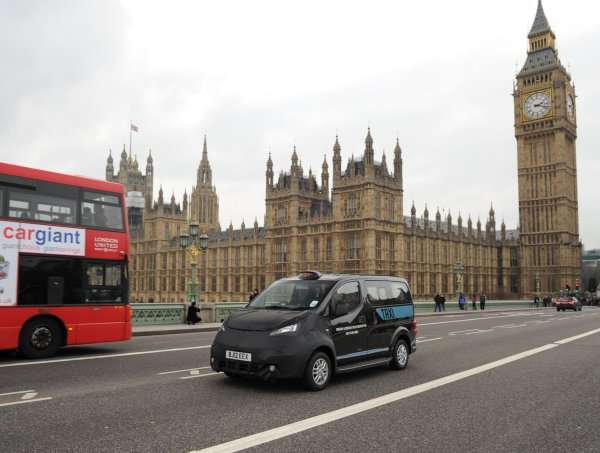 Final testing of the NV200 as a London Taxi are underway as Nissan's new taxi goes international. From New York to London, is Paris next?
Advertisement

The real-world durability testing of the NV200 for approval as a London Taxi is nearly complete and so far, the van has done very well for itself. The full design of the NV200 Taxi for London will be unveiled before the end of the year, when testing is nearing completion.

This London-specific taxi has all of the features of the NV200 Taxi unveiled for New York and which has begun sales there with great interest from taxi drivers. The London version, however, will have a different fascia to match the expectations of Londoners used to the famous "black cab" on their streets. Nissan designers at Paddington in the U.K. have been hard at work finalizing those touches.

The London version of the NV200 Taxi is expected to begin sales in mid-year 2014 to taxi companies throughout the metropolitan area through the Glyn Hopkin dealer group.

Glyn Hopkin, Chairman of the Glyn Hopkin Group, added: “We’re very proud to be selected to sell, service and maintain the new NV200 London Taxi. It’s an iconic and very exciting vehicle – we’re looking forward to looking after the needs of our new taxi customers.”

Compliance requirements for the taxi in London are arduous, including a tight turning radius of just 7.6 meters (25 feet), and environmental standards and controls that mean a lot of consideration for the 1.6-liter Nissan engine's design.

Like the NV200 Taxi everywhere, the London version will include the sliding doors, interior comfort, and option packages to suit the taxi fleet and driver's needs while on the road.

Nissan hasn't said where the NV200 Taxi is going next, but given the route so far - New York and now London - it would seem that Paris is the next obvious stop.

In a related new innovation from Nissan, the company yesterday posted a new video to its Youtube Channel showcasing a wearable heads-up display called the 3E. This could be a potential Google Glass competitor coming from Nissan. TorqueNews has a full coverage on the topic which can be read and video watched here.