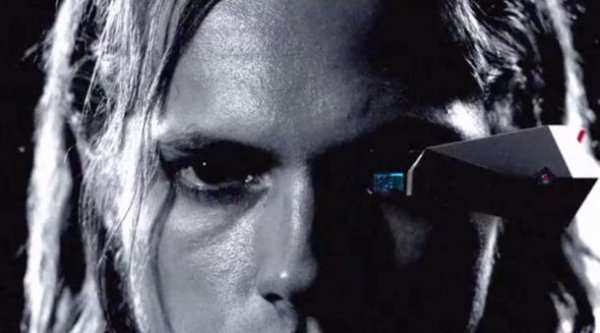 Is Nissan about to introduce a Google Glass competitor at Tokyo?

A video posted to the Nissan YouTube channel seems to be showcasing a wearable heads-up display called the 3E which it promises to debut at the Tokyo Motor Show next week. What is it?
Advertisement

The video, titled NISSAN 3E "birth", posted to the corporate YouTube channel (see it below) this week, showcasing a heads up display embedded in a wearable headset similar to the Google Glass system that went on sale this year. The video gives little information about the technology other than just that: it's a wearable HUD. The video itself is "unlisted" on YouTube, meaning you cannot see it unless you are directed to it from another source, which is why it went online Sunday and was unnoticed until today.

The short, one minute video has no dialogue outside of some written text and features a model swinging his hair in water in a black and white montage.

Added to the video description, however, is information about what these wearable devices really are. They are not necessarily an addition to the NISMO Watch, nor are they just a HUD to be used while playing Gran Turismo for GT Academy cred. Instead, they are a device that will be used at the Tokyo Motor Show 2013 booth to "experience Nissan." But there's more to it than that. Here's the text of the description:

During the Tokyo Motor Show, we will use the Nissan 3E to give "FUTURE REPORT" on the booth from a subjective point of view and broadcast live on this website. Please experience Nissan booth's excitement in an unprecedented way.

NISSAN 3E- It is a glasses-type wearable device currently under development. The device can be connected to the Internet in real time, allowing the users to overlay acquired information on the glasses, record projected images, have communications with others by sending information to their glasses, etc.

Note the second paragraph. It's obvious that these are not just a show booth gimmick. They're being developed for a reason bigger than just that. Which brings us back to GT Academy and the NISMO Watch.

Perhaps it will be an addition to the in-vehicle telemetry for heads up while on the track? Or perhaps this is something to be added to the NISMO Watch, which was a pretty big letdown at Frankfurt given that it did nothing but display a static screen and not much else.

What do you think? Does this look like bleeding edge technology, the latest in race car telemetry devices, a new display for the NISMO Watch, or just another tech gimmick to get attention without really doing much?