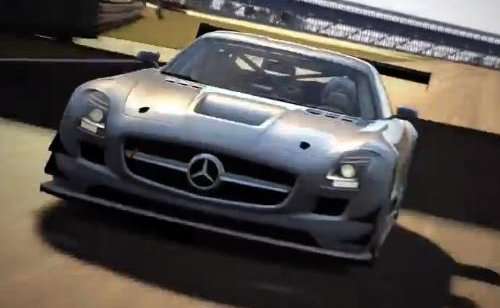 On July 2nd 2013, the first playable demo of Gran Turismo 6 hits the stores of the Playstation Network – giving Playstation 3 gamers their first chance to experience the 6th iteration of the fabled racing simulator while also kicking off the newest version of the popular GT Academy that offers gamers a chance at literally becoming a professional race car driver.
Advertisement

Only so much is known about the first playable demo of Gran Turismo 6 but we do know that gamers can expect to play with a variety of Nissan models including the all electric Leaf, the 370Z and the mighty GT-R as part of the Nissan-sponsored GT Academy. The demo will lead gamers through a minicamp of the GT Academy before unleashing them onto the Silverstone Grand Prix Circuit where everyone who plays the demo will have a chance to grab some attention via the GT Academy program.

For those who are into the Gran Turismo series but as somehow unfamiliar with the GT Academy, it is a program set up in cooperation with Nissan Motors where the very best lap times and online racing performances are used to pick gamers who may be capable of competing in real world racing. In short, the GT Academy takes the best Gran Turismo gamers in the world and gives them a chance to go head to head for a chance at to compete in the world of motorsports. Most recently, GT Academy grads Lucas Ordoñez and Jann Mardenborough drove their Nissan-powered LMP2 car to a 4th place finish in their class at the 24 Hours of LeMans. Think about that…those guys were really good at Gran Turismo on Playstation 3 and because of their online simulation racing skills – they ended up racing in one of the most famous races in the history of motorsports.

“GT Academy is testament to why Gran Turismo is the true racing simulator,” said Asad Qizilbash, senior director of product marketing at Sony Computer Entertainment America. “The PlayStation community has proven time and time again that Gran Turismo’s racing mechanics translate to the real world of race car driving, with racers who first cut their teeth racing in Gran Turismo now competing on the world stage. We encourage gamers of all skill levels to enter the contest, not just to be among the first to play Gran Turismo 6, but also for a chance to turn their driving passion into a career in the race world.”

Those devout Gran Turismo gamers who want to take their shot at the GT Academy can download the game starting tomorrow morning and they can work to post their best times possible until the first phase of the process ends on August 31st. However, those who don’t care about trying to be one of the few chosen from millions of Sony gamers around the world to be the next great race car driver for Nissan will be able to download and enjoy the new Gran Turismo 6 after that period has ended.

All Playstation 3 gamers who download and play the Gran Turismo 6 demo can expect some sort of free content-based bonuses when the full version of the game arrives later this year just for taking their shot at the GT Academy missions.

More importantly, the arrival of the first playable demo of Gran Turismo 6 will show the world whether or not Polyphony Digital (makers of the Gran Turismo series) have what it takes to go head to head with Turn 10/Microsoft’s Forza Motorsport 4. While Forza Motorsport 5 is due out with the launch of the next generation Xbox One, Sony decided to make GT6 available on both the current PS3 and the upcoming PS4. Gran Turismo 5 fell far short of making a real run at Forza Motorsport 4 so with GT6, Sony has a chance to show that their sim racer can do everything that Forza can do on Xbox 360. Hopefully, the unrealistically stiff handling and the lack of realistic physical damage to the vehicles that set GT5 back compared to FM4 will be addressed along with Sony (finally) offering real visual customization – just like Forza has offered for years now.

In any case, the next generation of simulation racers arrives tomorrow via the new Gran Turismo 6 demo and as an owner of both a PS3 and Xbox 360 – I look forward to seeing how much Polyphony has improved their prized racing game. In anticipation of the demo, Polyphony has issued a teaser video showing a variety of cars from GT6 in action, including the Mercedes Benz shown above and you can watch that video below.