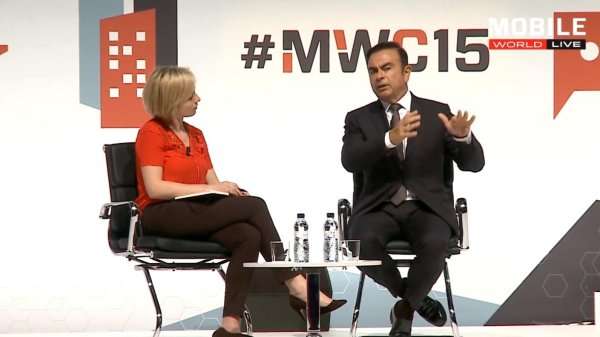 Nissan Not Worried About An Apple iCar

The rumors that Apple may be building an electric car have become persistent enough that even CEO's of major automakers are being asked about it. Nissan CEO Carlos Ghosn says they aren't worried about it.
Advertisement

"This question came up more times than I could count this week while I attended Mobile World Congress," Ghosn said. "Worried? No. Excited? Yes!"

Ghosn said that if Apple does plan to build an electric car, and if it comes to pass, it iwill only help the cause of promoting zero-emissions vehicles and the expansion of charging infrastructure. "Competition is always good."

From there, the discussion went to autonomous driving (self-driving cars). Calling it a "megatrend," Ghosn gave a rough outline of the near future for this technology and when and how it will likely roll out in the coming years. Cars able to drive themselves in heavy stop-and-go traffic, or traffic jams, will be here by 2020, probably as early as 2018. This was reported when we talked about Nissan's vision for autonomous driving.

The charging infrastructure, Nissan says, has been the biggest issue holding back electric vehicle sales to date. This is now beginning to quickly change as more and more accommodation for EVs is added globally. In Europe, for example, a quick-charge highway corridor has been built in eight countries and nine more are planning them. Last year, the number of charging stations available to the public increased by over 60 percent last year. In Japan, there are more EV charging stations than there are gasoline filling stations. In the United States, charging infrastructure is becoming a national push as new stations are added in every state and many EV sales include the home charging unit while employers are seeing adding EV parking and plug-in spaces as an incentive.

"As charging an EV gets easier and faster, more people will see that EVs offer the most practical, affordable and cleanest alternative to cars that run on fossil fuels," said Ghosn. "So, like you, I'm curious to see what Apple might offer. And I say, welcome!"

Toyota's First EV Will Have a Name of BZ: Toyota BZ
First Videos From Inside The Boring Company's Las Vegas Loop
END_OF_DOCUMENT_TOKEN_TO_BE_REPLACED