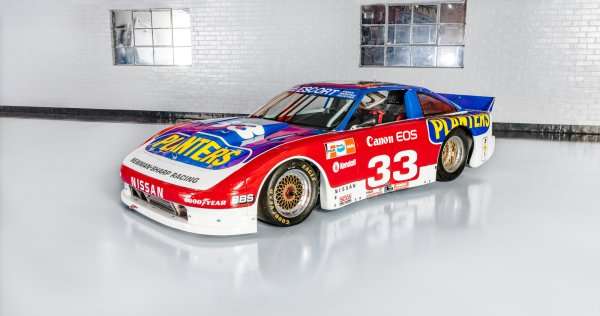 Nissan has been named as a presenting sponsor for the charity screening premiers of the new Paul Newman documentary, WINNING. The film highlights the actor's motorsports background, which included sponsorship and racing in Nissan and Datsun vehicles, like the 300ZX above. Watch the trailer below.
Advertisement

Academy Award-winning actor and sometime salad dressing czar Paul Newman was well-known for his film career, but began racing cars after the film WINNING showed him the thrill of the track. With a rocky start, Newman's racing career began to flourish and he became known as one of Hollywood's greatest race car drivers despite his (relative) old age as a rookie.

A new documentary, titled WINNING: The Racing Life of Paul Newman, focuses on the actor's later life when he began racing and through to his finish line performances as he began to dominate the track during his 35-year racing career. The film, which premiers April 16 in Los Angeles and May 22 in Inadianapolis, is sponsored in part by Nissan, which was a heavy sponsor of Newman's race career through both its Nissan and its Datsun brands.

Directed by Adam Carolla and Nate Adams, the documentary interviews many of Paul Newman's friends and colleagues, some of whom are also actors well-known for their racing careers. Appearances by Robert Redford, Joanne Woodward, Patrick Dempsey and more pepper the film as it gives personal and vivid accounts of Newman's race career. Car buff celebrities such as the late Robert Wagner, comedian Jay Leno, and race legend Michael Andretti are also highlighted in the below preview of the film.

Several of the cars which Newman raced are also shown in the film, including the above 300ZX which took a national championship under Paul Newman's hand. The actor began racing in his 40s, but didn't let his advanced age slow him down, winning his final race at age 82.

During his racing career, Paul Newman stood at the top of the podium four times, taking four national championships as a drive and eight as a team owner. The charity previews for the film will benefit Newman's favorite causes, including the Racing for Cancer and the Indy Family Foundation.