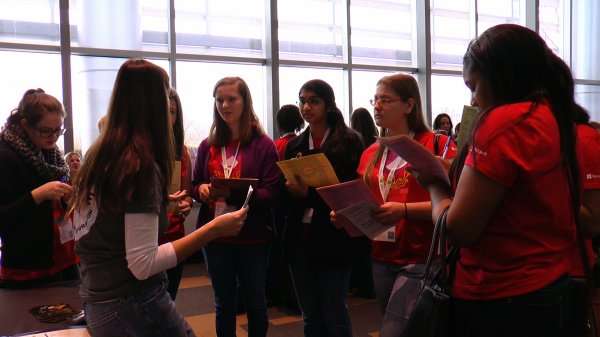 Nissan is looking for young girls

Young girls interested in science and technology careers, that is. DigiGirlz is back for 2014.
Advertisement

Nissan has again teamed up with Microsoft to sponsor a DigiGirlz 2014 event in its headquarters in Nashville, Tennessee. As with last year's event (read about it here), high school girls converged on the Nissan campus to learn and explore automotive technology as a possible career choice in the science, technology, engineering and math (STEM) Microsoft YouthSpark program.

"Being here today is fantastic. It has allowed me to meet and connect with a bunch of different professionals and even people from graduate schools from various colleges. It is very nice and empowering to connect with these people, and to know that there are people out there, women in STEM fields, who are doing incredible things," said Allison Baldwin, a DigiGirlz student attendee.

The keynote address, part of which is shown in the video below, features Marlin Page, a woman who was first introduced to the idea of a career in technology at a tech boot camp during her school years, where she learned to code in seven different programming languages during the thirteen week course. A year later, she was working in the field, maintaining and developing software for the automotive and banking industries.

"For Nissan, this is a wonderful opportunity for us as employees to be able to give back directly to all of these girls who, at this point, are trying to figure out what they would like to do with their lives and careers," said Trisha Jung, Nissan Dealer Operations.