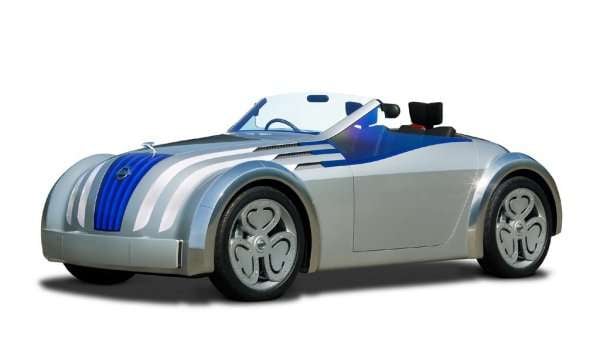 Designed for the 400th Edo Shotgunate anniversary, the Nissan Jikoo Concept was a roadster that drew from the company's heritage of open top cars. It might have been the car to give the Mazda Miata real competition as well.
Advertisement

Back in 2011, Nissan introduced the Jikoo Concept as part of their participation in the Japanese Shogunate's 400th anniversary celebration. The concept, meant to showcase the industrial arts of Japan, was a two-seat roadster in the tradition of the Datsun Roadster of the 1930s and the Z-car tradition of today, carried forward in the 370Z Roadster. The Jikoo, had it been built, might have also been serious competition for the Mazda MX-5 Miata.

Japan, which used to be called Edo, has a rich tradition in artisan work and a strong history in metals and the industrial use of them in production. Carmaking is one of the country's most cherished industries and has become a big part of the culture in Japan.

To showcase this, Nissan's creation of the Jikoo Concept drew heavily on the Datsun Roadster, first introduced in 1935. It has the high, long nose of the original Datsun, and the two-seater layout also includes the Roadster's "jump seat," which on the Jikoo is called the Karakuri Seat. Up front, the long nose hides a two-level storage compartment that can be opened from either side of the car. An ebony finish adorns many of the interior and storage areas of the car, in Edo tradition.

The cockpit of the Jikoo Concpet is very new age, though draws from the original dashboard of the early Nissan and Datsun cars, including cylindrical instrumentation and a three-layer monitor display.

Although a powerplant wasn't mentioned with the concept's release, the room available would have indicated a four-cylinder engine in rear-wheel drive design. This is similar to what powers the Mazda Miata, of course, and the Miata itself includes the Datsun Roadster as part of its inspiration as well.

The Nissan Jikoo was a fun, interesting concept that was realistic enough to have been a production vehicle. Its old school meets modern design would have likely proven popular.

Would it have been a Miata killer? You never can tell.