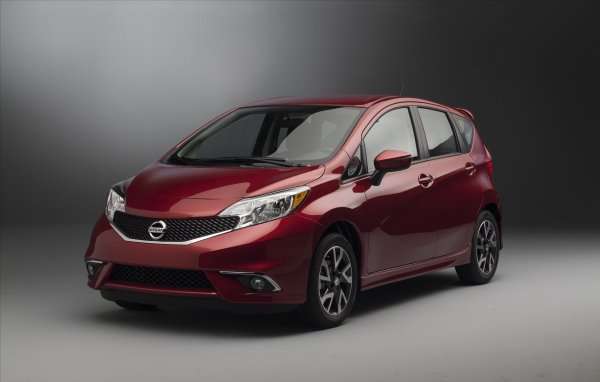 The Versa Note gets pricing for next year, including two new trim levels and additional standards for the base model.
Advertisement

Nissan has released pricing for the 2015 Versa Note with several updates and changes for the new model year. These changes include two new trim levels, the SR and SL trims (SR shown above) along with standard Bluetooth Hands-Free Phone System for the base Versa Note S.

This will be only the second year of production for the Versa Note and already it's going well beyond expectations, prompting Nissan to adjust trim model specifications to better meet consumer demands, bringing the total number of trim levels to five: S, S Plus, SV, SR and SL.

The new SR trim offers a sportier look with unique interior and exterior treatments, such as the upgraded front and rear fascias, modified grille, dark headlight surrounds, added foglamps, a rear spoiler, and more. The SL has one of the more popular technology suites for the Versa Note, to include NissanConnect with Mobile Apps, a 5-inch color display, RearView monitor, heated front seats, and more.

The manufacturer's suggested retail price (MSRP) for the Versa Note in its various trims begins at $14,180.