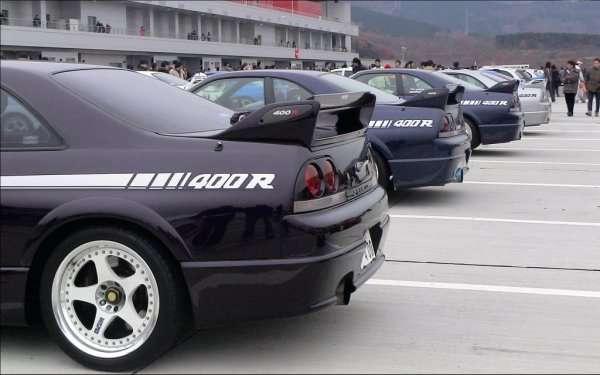 Got a need for speed? If you're in Japan, you can fulfill it this weekend at the annual NISMO festival.
Advertisement

Japan is full of rabid speed fans and many of them are Nissan NISMO fanatics. The fervency of this need for speed culminates over the last weekend of November every year when the NISMO Festival opens.

This year, it's NISMO's 30th anniversary and the opening day at Fuji Speedway today was bigger, noisier, and faster than ever. The Festival runs from today through Tuesday, centering around car shows, race track runs, amateur races, parking lot flea markets, and more.

The highlights are usually the GT-R and 370Z drifting displays, the 100-car parade that kicks off the show, and the finale race. That race is the GT-R CTE Cup wherein a grid of identical R35 GT-R cars will vie for the win around the daunting corners of the Fuji Speedway. Paint-swapping and gear mashing are the norm in this one.

For the professionals, of course, the NISMO GP is the GT-R and Z-car race wherein Japanese racers go head to head on the same track. Although there is nothing new in Nissan speed to showcase this year (last year had the GT-R still in camouflage), the new GT-R NISMO has not yet hit showrooms in Japan, so crowds will likely be mobbing the production-spec showcases of the car.

Japan-only NISMO cars also proliferate the show. Did you know that there is a Nissan Note NISMO? Or a March / Micra NISMO? Only in Japan, where everything NISMO is celebrated, even if it's ridiculous.