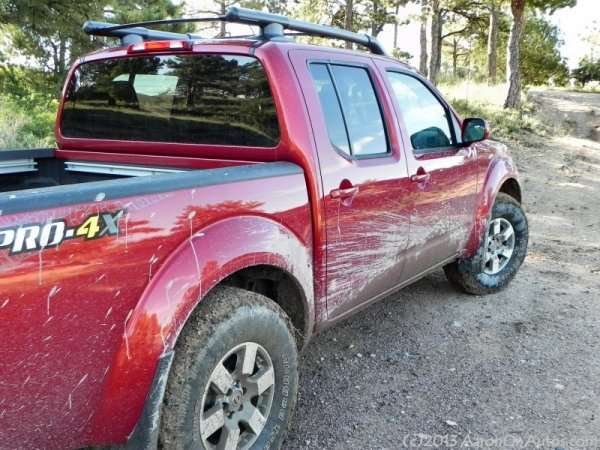 Being a car guy and a member of the automotive press, I have driven most of Nissan's models for the 2013 model year. Here is a list of my favorites and why. See if it matches yours.
Advertisement

Automotive journalists sometimes have it made. We get to drive a lot of vehicles, often for extended periods, and they are always the best the manufacturer has to offer for that model. Over the past year, since about this time in 2012 when the 2013 models were appearing, I've driven nearly every 2013 Nissan model available.

In fact, the list of Nissans I haven't driven yet is smaller than the list of vehicles I have driven. That list includes the massive new Armada, the capably fun Rogue, and the tiny best-selling Versa (though I have driven the LEAF). Some of those may replace what I have on my current Top 3 list, but knowing that, here are the three 2013 Nissan models I've driven this year that I consider my most memorable experiences in a Nissan.

Nissan GT-R Premium
I don't care who you are. Any time spent in this powerful Nipponese sports machine is going to be remembered forever. Drive it on the race track as I did, and you'll be so in love that you'll consider mortgaging your house just to get yourself one. They are that awesome. This $100,000 (give or take) car can compete with machines that are far more pricey and is the entry-level to moderate race driver's perfect match.

I'm no master of the track - not even close. My forte is offroad and the number of days I've spent on a race track driving cars can be counted with fingers left over. So when I got the chance to climb into the GT-R at the High Plains Raceway near Denver, Colorado this year, I was ecstatic. My first couple of laps were all about learning how to drive a true race car; the rest were all about destroying my best times at every loop. I had a blast in this car and recorded my best top speed of the day in it.

The GT-R is everything a high-end sports car should be: dynamic, responsive, and full of G-forces. It had to make the top of my list.

Nissan Frontier Pro4X
Like I said, I'm a big offroad fan. This year, I drove both the Xterra and the Frontier Pro4X offroad, but had the Frontier for a full week whereas the Xterra was only at an offroad press event. The same goes for the big Titan, which I really enjoyed but found to be too large for my personal offroad tastes. The Titan is a true pickup truck with a job to do while the Frontier is a more fun-oriented machine and in this Pro4X package, it's the ultimate offroader and capable of competing with Jeep and Rover in the dirt and mud.

If you enjoy going off the pavement and think of mud, rivers, and rocky stream beds as entertainment rather than obstacles in your path, you're definitely a great fit for the Frontier Pro4X. In the week I had with this truck, I washed off the mud I'd gotten caked on it four times. I put nearly 300 miles on the truck in that week and the vast majority of those were no on paved roads.

Nissan Juke NISMO
I won't get a full week with the Juke NISMO until October, when I'm scheduled to get the 2014 for testing. Until then, my time in the 2013 Juke NISMO has been limited to a day offroad courtesy of Nissan and some time on the track courtesy of the Rocky Mountain Automotive Press - the same day I drove the GT-R, in fact. The Juke, even without the NISMO package, is a near-perfect rally ride for the weekend light dirt track driver. It's light, responsive, relatively powerful for its size, and a huge amount of fun. In the NISMO package.. it's unspeakably awesome.

The style of the Juke is a kind of Michael Jackson for automotive: you either love or hate it. I personally really like the quirky and highly unique look the Juke has. It takes Nissan's new design language for the crossover line and adds more angles to create a very eye-grabbing look for what would otherwise just be a compact box on wheels, as most crossovers in this segment tend to be. Add in the fun light offroad and dirt track capabilities it has and you've got a real winner.

Wrapping Up
So there you have them. My three favorites from Nissan. For now. I will give a lot of kudos to the race car in a sedan package that they created with the very comfortable Altima 3.5 as well. There's a reason this is the second-best selling midsize sedan on the market - a field that is highly contentious with a lot of great players in the game including the beautiful Ford Fusion and the very bread-and-butter best-selling Toyota Camry. Nissan stepped up their game and it shows here.

Now that I've listed mine.. what's your favorite Nissan this year?