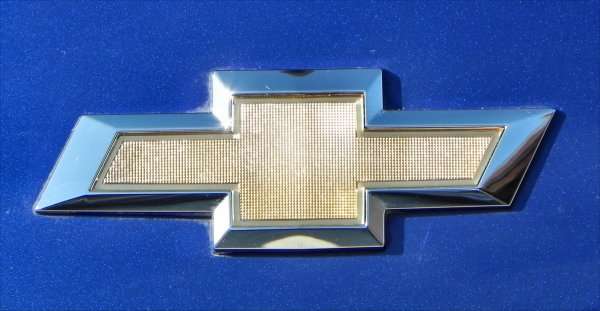 General Motors Europe has decided to drop the Chevrolet brand. The move can be seen from multiple angles. The question is, though: is this a smart move, or is dropping the Chevy brand going to hurt GM in the long run?
Advertisement

General Motors is closing down the Chevrolet brand in Europe in a move that could signal several things for the automaker. The most obvious is that they are concentrating on the Opel and (likely) Vauxhall brands, but is this move also an attempt to de-Americanize GM in Europe?

Opel is GM's German-based brand for the bulk of its European marketing and sales. Vauxhall, of course, is the brand used in the United Kingdom (mostly Britain). Chevrolet, however, has mainly been used to sub-brand lower-cost vehicles brought in from GM's purchase of Korean automaker Daewoo.

What happened was predictable. The lower-cost, budget cars from Korea with the Chevy nameplate began to eat into the other GM brands' sales in exactly the same way the wide spread of near-identical nameplates from the 1940s holdovers of North American expansion undermined GM's ability to effectively brand in the Americas - a trend that persisted until the bankruptcy in 2008, when GM's North American operations dropped brands like Saturn and Pontiac.

Just as it did in the U.S., GM's European brands are seeing sales drops and revenue slumps thanks in large part to this unfocused branding and the public's confusion over which car is what. Opel-Vauxhall lost nearly $2 billion in 2012 and will likely be close to that in losses this year as well. The companies have bled out over $18 billion since 1999. In fact, the Opel brand was nearly lost in the 2008-09 global market shakedown, but a bailout from the German government kept that from happening.

As today's automotive market moves towards an upscale style for every vehicle, regardless of nameplate, the lines between premium brands and their parent companies are blurring. When those lines were already fuzzy thanks to vehicles literally being exact replicas of one another, but with different badging, it is inevitable that something has to go. In this case, it's Chevrolet in Europe.

Here in the U.S., GM faces similar decisions that will have to be made in time - probably sooner than later. Resurgences in some of the brands may forestall that, but eventually, GM will have to think hard about whether the Buick and GMC brands, for example, are really necessary. Buick survived largely due to its huge popularity in China, but that is halfway around the globe. The current resurgence for the brand may not last, calling into question its continued need in our market. GMC, meanwhile, is on even thinner ice with little to differentiate itself from the Chevrolet badge that so dominates the GM branding here.

What do you think? Should the branding consolidation in Europe be repeated here in the U.S. to further strengthen GM overall, or would it hurt the company to do so?

John Goreham wrote on December 10, 2013 - 1:23pm Permalink
Having been to Europe a bunch I have never seen a Chevy there. I didn't know they used that badge in that market.
Charlotte Omoto wrote on February 28, 2014 - 2:57pm Permalink
Consolidation sounds like a good plan, I had no idea companies just rebranded same or similar vehicles. But Chevy is so iconic American I hope it is not gone. Heck there are songs about Chevy and what would Guy Fieri and Junior drive?