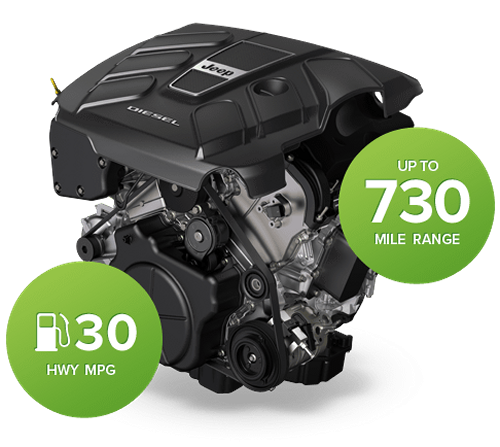 Does the 2014 Jeep Grand Cherokee EcoDiesel stack up to VW, Porsche?

The VW and Porsche diesel SUVs have almost the same fuel economy that the 2014 Grand Cherokee achieves, showing that Chrysler's "best in class" claim may be just smoke and mirrors.
Advertisement

The new 2014 Jeep Grand Cherokee is an impressive sport utility with many of the things that only Jeep can provide. One of the biggest pieces of news for the new Grand Cherokee, though, is the addition of a turbo diesel option for extreme fuel economy.

The new Grand Cherokee looks great, retains the legendary Jeep offroad capability, holds luxury to a high standard, etc. It competes directly with the Volkswagen Touareg and the Porsche Cayenne models, which have both held exclusive ownership of the diesel realm in full-sized SUVs. When the 2013 Grand Cherokee releases with its diesel option later this year, though, that VW Group hold on diesel power will be challenged.

The Grand Cherokee will use a 3.0-liter six-cylinder diesel engine which will deliver an EPA estimated 30 mpg highway. Compared to the gasoline variant, that is a great number - the 3.6L gasoline gets 24 mpg hwy. Jeep also claims a "best in class" total possible range of 730 miles per tank of fuel.

So what about that "best in class" claim Chrysler makes about the total possible range for the 2014 Grand Cherokee? Well, it comes down to fuel tanks and timing. While Jeep hasn't released the information for their EcoDiesel option's tank size, to get that kind of range at 30 mpg, it would have to have about 24.3 gallons of tank capacity. That would be about two gallons less than the VW and Porsche, which both have 26.4 gallon capacities. Both of those also have a 740 mile range claim - ten miles more than the Jeep.

So how does Chrysler get away with calling theirs "best in class" when it's clearly not? Simple. The claim comes with the caveat that it's for the 2014 model year. So far, Jeep is the only manufacturer to have announced a 2014 model year diesel-powered SUV. The good news? They hold the title for best-in-class highway fuel economy. The 2014 Grand Cherokee is also competitive on many other fronts. The lame marketing claim for best range is, well, just a marketing angle and not much else.

For more about the 2014 Jeep Grand Cherokee, click here for our exclusive interview with Wendy Orthman.

John Goreham wrote on April 7, 2013 - 7:00pm Permalink
The Highlander hybrid is in that class too. When we talk about fuel economy we have to stick to EPA class. It will handily beat all of these in MPG combined at 28. So will the Lexus RX. So will Pathfinder Hybrid (27ish). Plus gasoline hybrids will have a significantly better fuel economy because the fuel is about 15% less expensive. VW Tuareg deisel only gets 22mpg combined. - I love how the same companies that try to tell us that range doesn't matter in an EV that goes about 90 miles before being put to bed for the night can't wait to tell us their astounding ranges on SUVs.
Aaron Turpen wrote on April 7, 2013 - 10:44pm Permalink
I ignored hybrids because I was focusing on diesel. Otherwise, you make great points. Especially that last one. :)
John Goreham wrote on April 8, 2013 - 10:52am Permalink
You did the right thing. The marketplace has pretty much ignored large hybrid vehicles too. In these vehicles D makes sense.