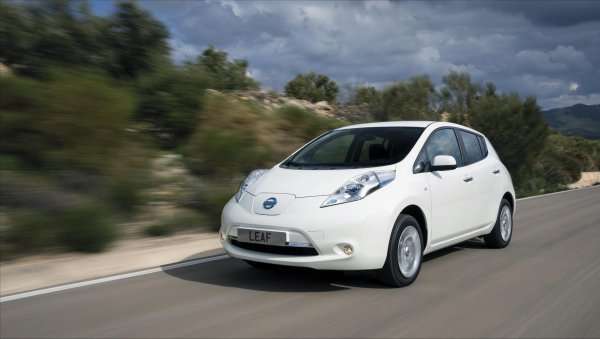 What if electric car owners actually drive more than do their combustion engine counterparts? Does this change things and if so, how?
Advertisement

If you had to guess, would you say that electric car owners drive more or less often than do gasoline or diesel car owners? Should you answer "yes, they do" to that question, how much would you think they drive over and above internal combustion drivers?

I'm almost certain that your answer to the second question underestimates things.

On the average, European drivers put about 6,721 miles (10,816 km) on their cars per annum. European LEAF battery-electric drivers put on 10,307 miles (16,588 km). These totals were collected by Nissan's Global Data Center through its CarWings system, which sells to about 54 percent of European consumers. The totals shown here were gathered from April 1, 2014 to September 30, 2014 and extrapolated to create a year-long total.

"Since the beginning we have said that the Nissan LEAF is much more than just a city car or second car and now we can show the data that proves this. Our customers frequently tell us that they buy the Nissan LEAF as a second car, but end up using it far more than their other vehicle and the information we receive from CarWings reinforces that message," says Jean-Pierre Diernaz, Direct of Electric Vehicles for Nissan Europe.

By national breakdown, Spanish LEAF drivers put on more mileage than other Europeans, followed closely by Swedish and UK drivers. German LEAF owners put the least number of miles on their electric cars, on average, at about half the European norm. There are over 31,000 electric LEAF vehicles in Europe.

So what does this impact? For starters, it means that Nissan's thought that the LEAF is not a "second car" but instead a primary car for most owners. The lower cost of operation and ownership means that it gets more use for practical reasons.

This also coincides with American data for fuel efficiency. The more fuel-efficient our vehicles have become here, the more miles we've put on them, on average. Miles driven per capita are up and have been climbing for decades, coinciding with gains in fuel economy averages. Which is why the demand for fuel has not decreased over time as fuel efficiencies increased.

Rachit Doshi wrote on January 9, 2015 - 8:42pm Permalink
Households will preferentially use their EV because its cheaper. For example, I have a Sonata and Leaf between two drivers in my house. Both of us preferentially pick the leaf when its available. So naturally that puts more miles on the leaf and less on the gas car. And why wouldn't I? Its cheaper and more fun to drive
Aaron Turpen wrote on January 10, 2015 - 11:39am Permalink
Ahh, BUT the numbers also show that electric car drivers are driving MORE MILES IN TOTAL as well.
mike w wrote on January 12, 2015 - 7:09pm Permalink
We also have a Sonata and a Leaf. We drive the Sonata more often because the battery in the Leaf has lost 25% of its capacity so the lack of range pretty much means the Leaf is worthless.
John H wrote on January 23, 2015 - 8:36am Permalink
My 2011 Leaf has 65,000 miles and also has lost about 25% of my range. I still drive about 18,000 miles a year. My commute is 100 miles RT. I have no problem with range as I charge at work. Worthless??? All in ones perspective and attitude. I'll never buy a dinosaur burner again.
Tyrel wrote on January 26, 2015 - 11:27am Permalink
My wife and I used to have a Prius. Together we put on about 10,000 miles per year, mostly just driving to town and back (we live in a rural area). We replaced it with TWO Nissan LEAFs and we now drive BOTH of them 10,000 miles per year, AND we go on more long-distances trips (we have good DCQC infrastructure here).
Gabriel De Freitas wrote on March 11, 2015 - 9:28am Permalink
wondering what to do .. time to lease my next vehicle .. do I go ahead and get the 2015 Nissan Leaf or do I wait until the 2016 becomes available? .. Does anyone know when it will be available for lease? .. it looks real nice I must say!