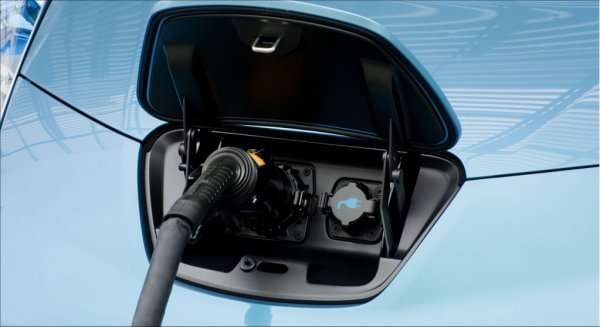 Buy a Nissan LEAF in Chicago, Get Free Public Charging

Nissan is now giving free public charging access to LEAF buyers in the Chicago area. The "No Charge to Charge" promotion has been extended to the Windy City.
Advertisement

Purchase or lease a new Nissan LEAF in the Chicago market and you'll receive two years of public charging station access, free of charge, as part of the deal. The complimentary access is to both standard and fast chargers, which are peppered around Chicago and growing in number monthly.

The Chicago area has proven to be a popular LEAF sales region thanks to several incentives and infrastructure. The area is just the right size for urbanites and suburbanites to take advantage of the electric car's capabilities plus Illinois offers a $4,000 Alternative Fuels Rebate on top of federal incentives for buying an electric car like the LEAF.

Charging stations are abundant throughout the Windy City, including in tollway oasis, at retail stores, city buildings, and universities and colleges. Not to mention Nissan dealerships. The "No Charge to Charge" promotion also includes one hour sessions at Level 2 charging stations in the area. LEAF owners already know that they can find charging stations quickly through the PlugShare app on their phone or in the car.

Chicago marks the twelfth addition to the "No Charge to Charge" program. It is already offered in San Francisco, Los Angeles, Sacramento, and San Diego, California. It's also offered in Seattle, Washington, Portland, Oregon, Nashville, Tennessee, Phoenix, Arizona, Dallas-Ft. Worth and Houston, Texas, and in Washington, D.C. Nissan will add another 13 markets in 2015 throughout the United States.

For more information on the "No Charge to Charge" promotion, visit https://www.ez-charge.com/faq/.

Spektor wrote on November 20, 2014 - 3:01am Permalink
NOTE TO NISSAN: You guys are going get sued big time because virtually all the L3 fast chargers in the Chicago area have been out of service since about 2013, since the 350Green bankruptcy scandal/lawsuit. Saying Leaf buyers get free fast charges at commercial stations is simply untrue, given there are no such L3 stations now available in the metro area. Even Whole Foods pulled out its L2 and L3 chargers after the debacle and still have not replaced them. Its all an awful mess.