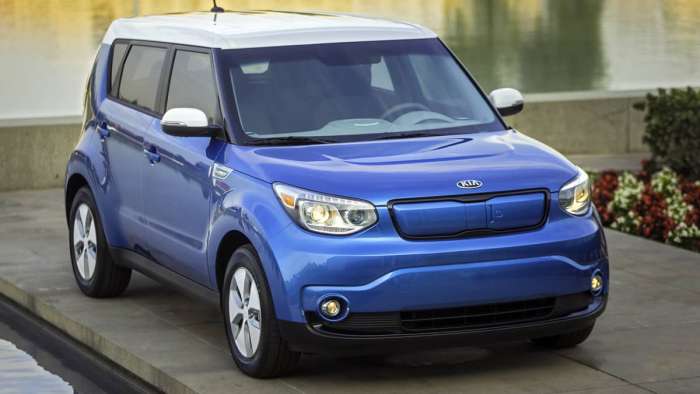 Kia Soul EV owners are reporting problems with features disappearing from their UVO apps. Kia says there is both good news and bad news about the features.
Advertisement

In a Facebook post on a Kia Soul EV group page, a user asks, “Anyone else notice that UVO keeps removing features? Now they no longer give the SOC [state of charge] percentage, only a battery graphic. Where do they get the idea that less information is better? They have steadily made UVO less and less useful.”

The poster later goes onto admit that he’s actually talking about the Kia Access app for Android. But others do chime in with questions about the system. One user commented, “I pulled out my iPad and checked the app before uploading and SOC % was there, after the update it is gone. Only a battery icon showing a half full battery that is really at 36%! Obviously design choices by someone who hasn't been driving short-range EV for very long.”

So, the bad news via a Kia spokesman, is the users are right. There have been changes, Kia told Torque News. The charge status has gone away.

What’s the good news? It appears to only be a temporary thing. According to Kia, “The app is being redesigned and the charge status will return once the redesign is complete, which should be later this year.”

No further details were available. Just like any other industry, the details aren’t going to be shared until everything is worked out. You’ve heard it before in the automotive world, “We don’t discuss future product.”

Of course, the Kia Soul EV is no longer on the market. You need to turn to the Kia Niro EV if you want new. Its UVO telematics system that allows owners to monitor and control a long list of vehicle operations, including: notifications of battery and charging status; real-time charging station update; and, scheduled charging.

Bob Peto wrote on November 8, 2020 - 10:41am Permalink
Is the new ‘21 Kia Sorento being manufactured now at their U.S. plant? When will we actually see the new model in dealer showrooms? When will the new plug in hybrid be available in the U.S.?