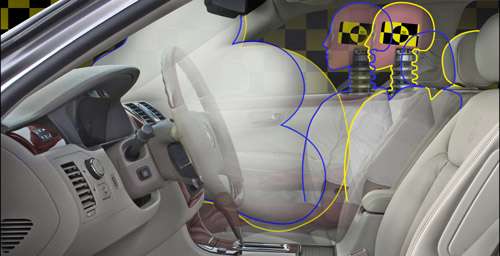 The Insurance Institute for Highway Safety is out with its list of the 66 winners of 2011 Top Safety Pick award. The number includes 40 cars, 25 SUVs and crossovers, and a minivan.
Advertisement

Hyundai/Kia and Volkswagen/Audi each have 9 winners for 2011. Next in line with 8 awards apiece are General Motors, Ford/Lincoln, and Toyota/Lexus/Scion. Subaru is the only manufacturer with a winner in all the vehicle classes in which it competes. Subaru earns 5 awards for 2011.

There has been some criticism that manufacturers are building products to meet the IIHS guidelines, which recognizes vehicles that do the best job of protecting people in front, side, rollover, and rear crashes based on good ratings in Institute tests. It seems like an odd critique, though, because it means people are driving safer vehicles.

One aspect of the test is going to go away in 2012. The IIHS requires winners have available electronic stability control, a crash avoidance feature that significantly reduces crash risk. (Never, ever shut it off on a vehicle you are driving outside of a closed environment like a race track – it really works.) All 2012 models and beyond are required to have it. Companies that don’t offer it in 2011 models are just trying to save a few bucks at the expense of consumer safety.

Honda is among the chief offenders, which is why there are only two Hondas on the list: the Honda Civic with optional stability control and the Honda Element that coincidentally Honda is no longer producing after 2011. Honda will argue that people don’t want to pay for stability control until it is mandated. Well, sometimes a manufacturer just needs to take the lead – especially when its vehicles are so good in so many other ways.

michel wrote on October 8, 2011 - 12:17am Permalink
Top Safety Pick recognizes vehicles that do the best job of protecting people in front side and rear crashes based on good ratings in Institute tests. <a href="http://www.rvsterminal.com"><b>Rv sales</b></a>