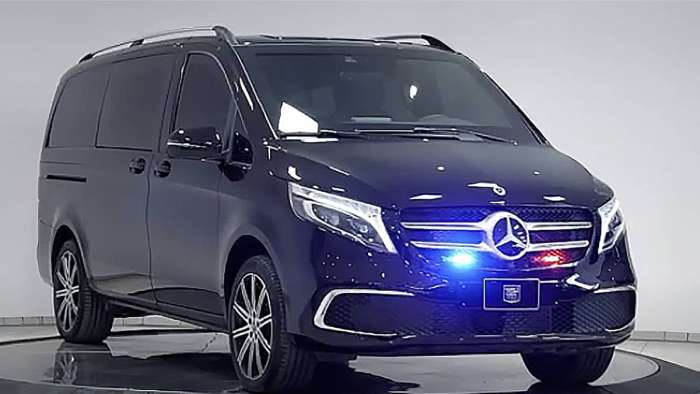 Mercedes-Benz has long been the vehicle of choice for despots, discreet celebrities, and billionaires wanting to travel wrapped in armored sedans. Now they can bring the whole family along in an armored Viano minivan.
Advertisement

Are you a wealthy American who lives to travel in armored wrapped protection in your Mercedes-Benz S Class? But miss being able to bring the entire family along? Well, now you can thanks to Inkas bringing the armored Mercedes-Benz V-Class that seats up to eight to North America.

The Canadian company says the armored Mercedes-Benz V-Class has been highly sought-after for VIP transportation amongst businessmen and politicians in Europe for decades. The Viano is true luxury minivan as the video below shows.

Ok, to be frank, I wish the video had shown it being attacked. Sure, it would be a staged attack but it would still be cool to see hand grenades launched at it and swarthy Middle Eastern types wearing keffiyeh headdress firing machine guns at the Viano.

After all, the Inkas Mercedes-Benz Viano is equipped with lightweight armor providing protection to the CEN BR6 armoring level. A quick reading of an armor car website means that it can withstand everything up to armor piercing bullets from a rifle. 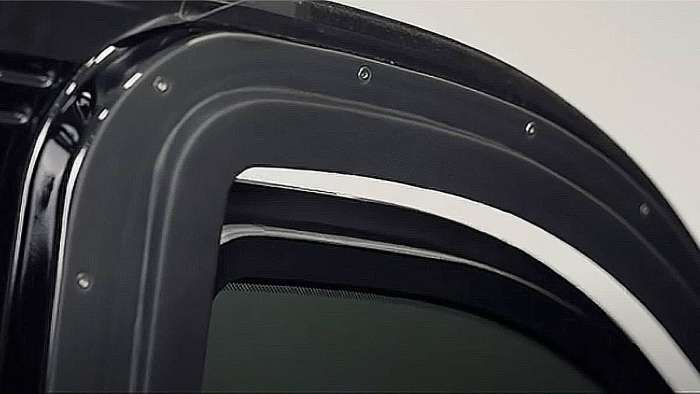 The armored Viano can also withstand the explosion of two, not just one but two, hand grenades detonated simultaneously below the minivan floor. Inkas has added armoring to the entire perimeter, ceiling, and floor, as well as integrated its own proprietary overlap system to protect door seams. It features armoring solutions including premium ballistic glass, upgraded brakes and suspension, runflat tires, and a P/A system as well as strobe lighting in order to further enhance the security of the vehicle. Because nothing says cool like being able to wig wag your headlights with red and blue strobes.

Back in April, we reported on Inkas turning Lincoln’s 2020 Navigator L into a near tank to protect celebrities, politicians, foreign leaders, heads of state, dignitaries, royals: basically anyone needed luxury SUV-style transport in a safe package. I still want the Viano, though. I’m man enough to admit I like minivans, especially armor-coated minivans.

Inkas Armored Vehicle Manufacturing is a Canadian-based company that specializes in the design and production of a wide range of armored vehicle, including executive SUVs, luxury sedans, special purpose military vehicles, personnel carriers, cash-in-transit vehicles, and others. Since 2000, it has been providing armored vehicles for banks, law enforcement agencies, corporate clients and individuals all over the world.