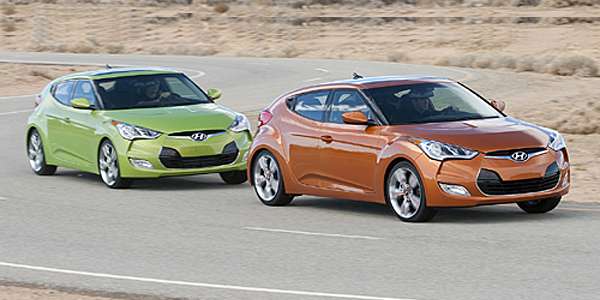 Hyundai Has Record Sales But Not All is Perfect

Hyundai had its best sales year ever in the United States but 2013 was a year of problems for the Korean manufacturer. Its sales could have been a lot better and its fleet sales have increased.
Advertisement

Spokesman Jim Trainor said, "There is no telling how many more vehicles we could have sold. That is a hypothetical question without a good answer. All our models are hard to get. The two U.S. plants are running well beyond capacity and we battle with Hyundai subsidiaries around the world for product out of our plants in Korea."

Sales for the month of December were 63,005 units, (what the rest of the world calls vehicles) up six percent versus the same period in 2013, representing the best December in company history and the first December to break the 60,000 mark. Annual sales were 720,783 units, up 2.5 percent over a record setting 2012, according to information supplied by Hyundai.

“An exceptionally strong post-Christmas sales blitz enabled Hyundai to shatter our annual sales record which was set just last year,” said Dave Zuchowski, president and CEO, Hyundai Motor America. “All year-end indicators appear to be signaling a robust economic environment for 2014. Home prices are back to their pre-recession levels, jobless rates are continuing to decline, and consumer confidence is on the upswing. This is welcome news for the automotive sector and at Hyundai we’re particularly excited to be ringing in the New Year.”

Zuchowski in particular is excited to be ringing in the New Year. He became president and CEO of HMA on Jan. 1 after former CEO John Krafcik's contract was not renewed after five successful years at the helm.

Fleet sales represented 21 percent of total sales in December and 17 percent for the full year. That's a big jump from the previous two years (2011 and 2012) when fleet sales were at 10.2% and represents 122,000 vehicles. The math gets a little tricky here (because I was an English major) but if fleet sales had remained at 10.2% Hyundai would have been down at least 40,000 vehicles. That would have put it behind last year's sales numbers of just more than 700,000 units.

Obviously that would have been a bad thing for the brand to fall behind while others are moving ahead. U.S. auto sales, according to the Wall Street Journal, are expected "to hit 15.6 million vehicles, up 7.6% from 2012, according to market researcher Autodata Corp., the strongest volume since 2007."

Increased fleet sales are bad for residual values. It's something Krafcik had worked hard at avoiding because decreased residual values hurt a brand's ability to lease and also depresses the value when it comes time for dealers to sell used cars as certified pre-owned. Certified Pre-Owned vehicle sales for the month were 6,029 down six percent; full year sales were 75,941 up eight percent over 2012.

Hyundai’s all-new Genesis sedan will launch later this month at the North American International Auto Show and the completely redesigned Sonata will arrive later in the spring. Its arrival can come not too soon because the former star of the Hyundai lineup is beginning to feel dated, which is reflected in dropping sales. Keeping in mind the industry is up 7.6%, the Sonata dropped from 2012 to 2013 by 11.7%.

The formerly popular Tucson also needs to see a rebound. Its sales were off by 14% at a time when light-duty trucks, SUVs and crossovers are selling more than cars.