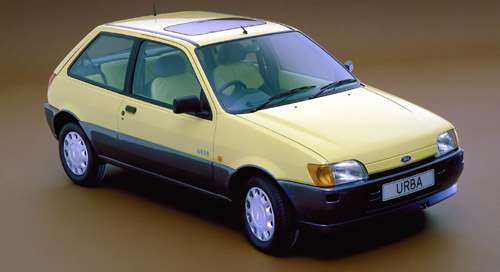 Time was that compact cars were just what their names implied, but new research shows them to be roomier, heavier, and more fuel efficient, which fits in with the growing waistline of Americans.
Advertisement

Edmunds.com is to report today that “on average, compact cars weigh 549 pounds more, have 61 more horsepower and have a 6.4-inch longer wheelbase than they did in 1990. Still, this segment gets 2.5 more miles per gallon in combined fuel economy estimates, thanks to improvements in engine technology.”

Once upon a time, compact meant confined with cars like the Honda Civic considered to be cramped automotive conveyances. That’s no longer the case. Even classic midsize vehicles like the Honda Accord are now classified as full-size by the federal Environmental Protection Agency (yet still marketed as midsize by the automaker).

So far in 2010, about 20 percent of all new vehicles sold in the U.S. have been small cars, up from 17 percent in 2006. Edmunds.com analysis indicates that sales in the small car segment will steadily increase, with a 23.2 percent market share projected in 2014.

"Over the years, consumer demand has increased for small cars that have more features and are more versatile in carrying passengers and cargo. Those consumer-driven desires, together with the regulatory drive for enhanced safety equipment, have led to size and weight increases," said Edmunds' AutoObserver.com Senior Editor Bill Visnic.

Part of the reason for the growth in the segment is tightening credit has forced more people to spend less on new cars. Another important aspect is the compact cars have become fun to drive. Vehicles like the Mazda3, BMW 3 series, Ford Fiesta, and Kia Forte (among others) are great cars that are lacking in small-size stigma.